This article is part of the Book Club: ‘New Suns’ spotlight

Here at SciFri, we welcome any opportunity to geek out over science fiction, fantasy, speculative fiction, and everything in between. In preparation for our Other Worlds sci-fi extravaganza with N.K. Jemison (The Stone Sky), Cory Doctorow (Walkaway), and Annalee Newitz (Autonomous), we compiled a list of some of our favorites, from George Saunders to Jeff VanderMeer. 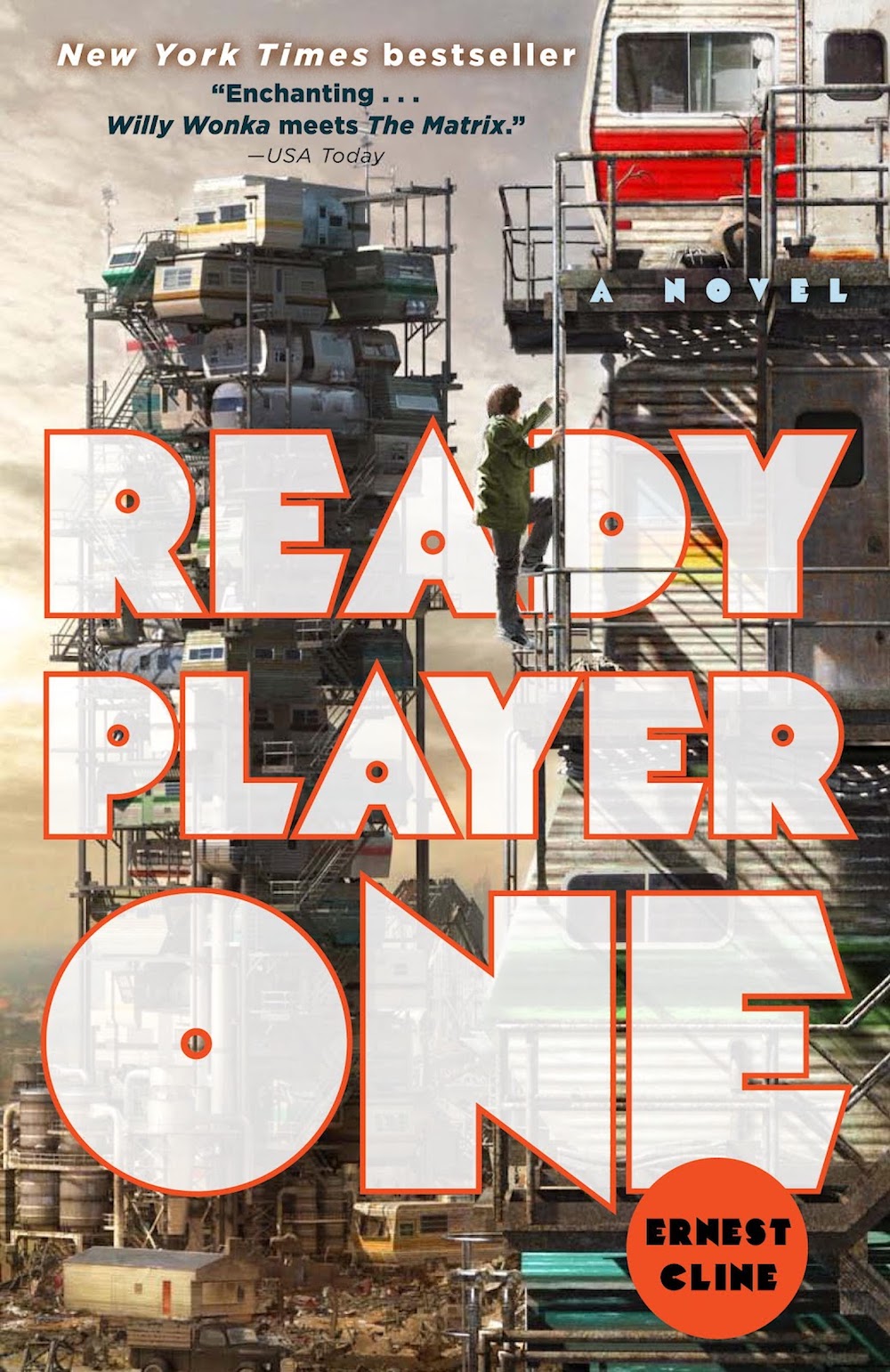 Ready Player One by Ernest Cline

“The story is about a world destroyed by climate change, where most people escape their day-to-day dystopia by entering OASIS, a massive multiplayer online role playing game. The book is generally kind to the gaming community,  but openly critical about virtual escapism and Silicon Valley vanity, among other things, without being super heavy. It’s super fast, and definitely a “lite” plot by genre standards (i.e. I didn’t weep or stay awake looking at the ceiling after reading it).” 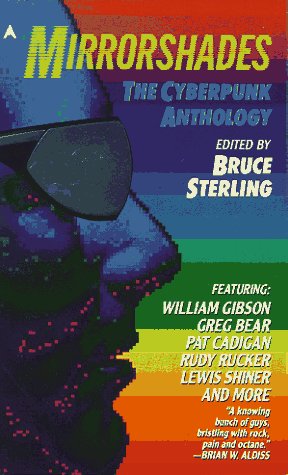 Mozart in Mirrorshades by Bruce Sterling and Lewis Shiner

“The plot sounds familiar to anyone who has studied world history: A small group of technologically advanced people exploits the resources of a larger but less advanced civilization. But in this story from Bruce Sterling and Lewis Shiner (and excerpted in Mirrorshades: The Cyberpunk Anthology, an excellent collection of stories), a nameless company does the colonizing, and alternate timelines are the ones that get colonized. A biting satire that takes aim at colonialism, our addiction to fossil fuels, and even the commodification of pop music, Mozart in Mirrorshades is worth checking out.” 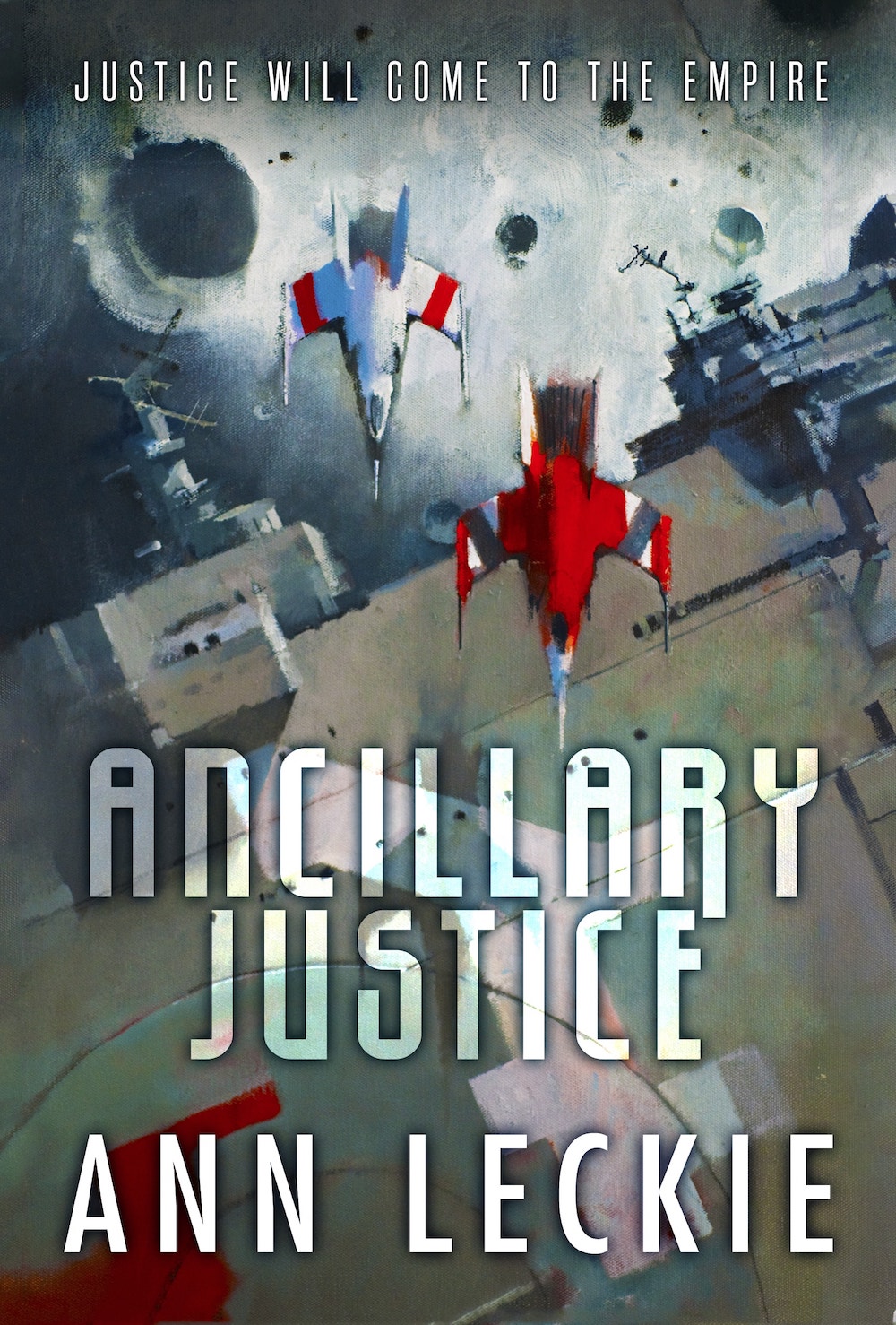 “This book is a space opera that takes place thousands of years in the future. The Radch is an expansionist empire whose ships have artificial intelligence whose consciousness exists and flows through many human bodies called ancillaries. Why is it so cool? For one, the Radch doesn’t differentiate between genders. Also, the main character in the book is the artificial intelligence of a spaceship whose consciousness used to operate through legions of human bodies whose minds were wiped and reprogrammed to operate with the ship’s AI, all connected to the same central mind. Doesn’t get much mind-bendier than that.” 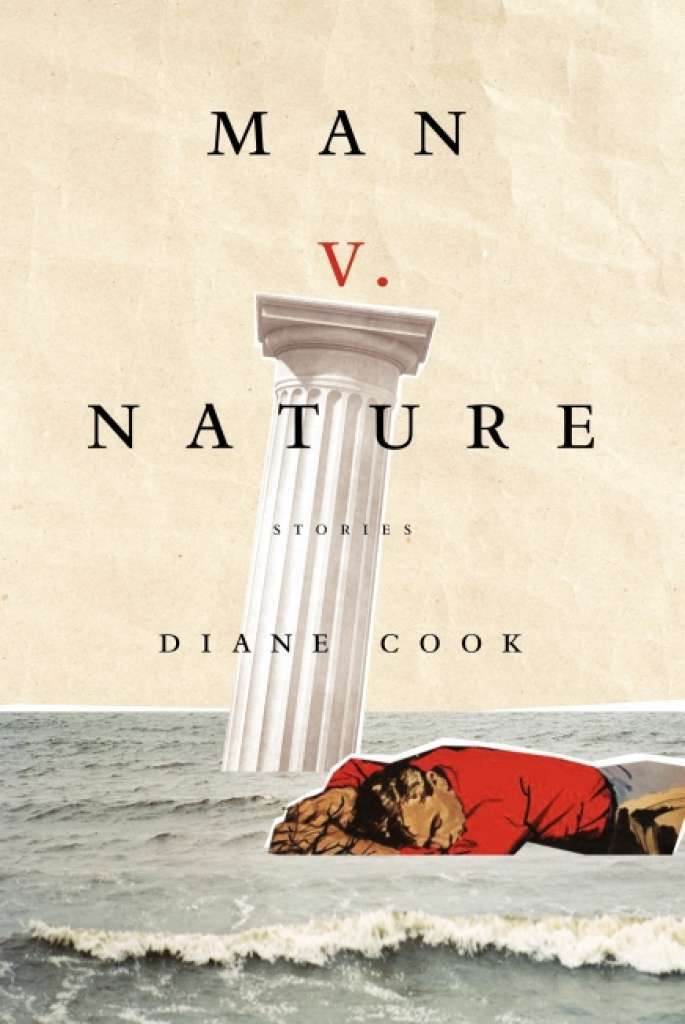 “Public radio icon Ira Glass wrote this about Diane Cook’s collection of short stories: ‘many of them are dispatches from the end of the world, and it turns out to be a surprisingly familiar place.’ That familiarity is what makes the book so eerie. One story imagines the anxiety of new parenthood personified as a man who snatches babies when parents turn a blind eye for a moment. In another, a woman experiencing a year of good fortune finds the entire neighborhood camped out in her front yard. Transforming these ideas into something literal lets us peek at a wild, surreal, and dystopian version of the world we live in. It’s dark. It’s bizarre. It’s very good.” 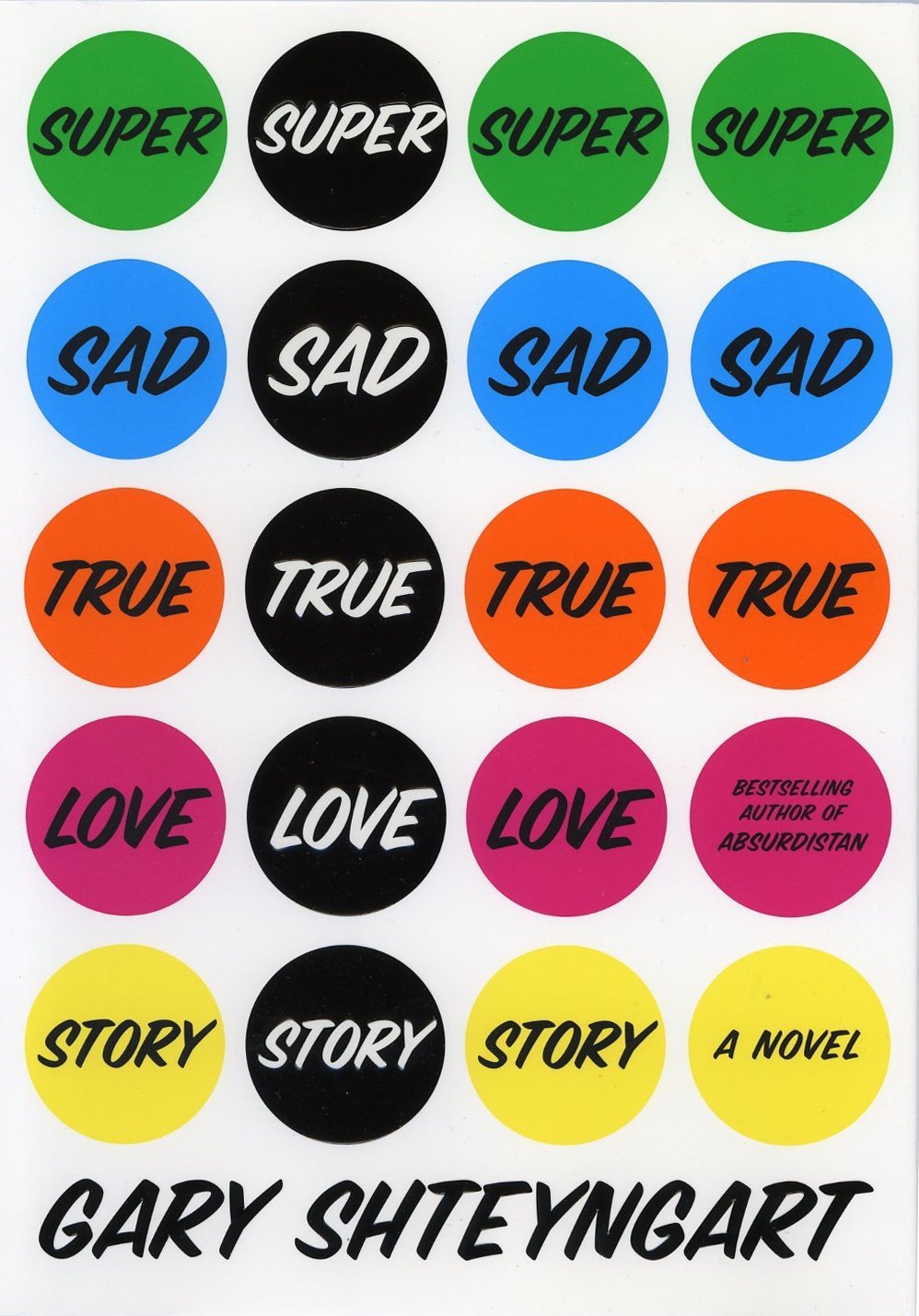 “The novel is first and foremost a love story, but the sci-fi elements are unnervingly spot-on. The story’s set in a very near-future NYC, where everyone carries around an “apparat” —basically an iPhone— that live-streams their conversations and broadcasts their “hotness” rating to anyone nearby. (Tinder was still two years away.) In 2010, Shteyngart basically foresaw 2017.” 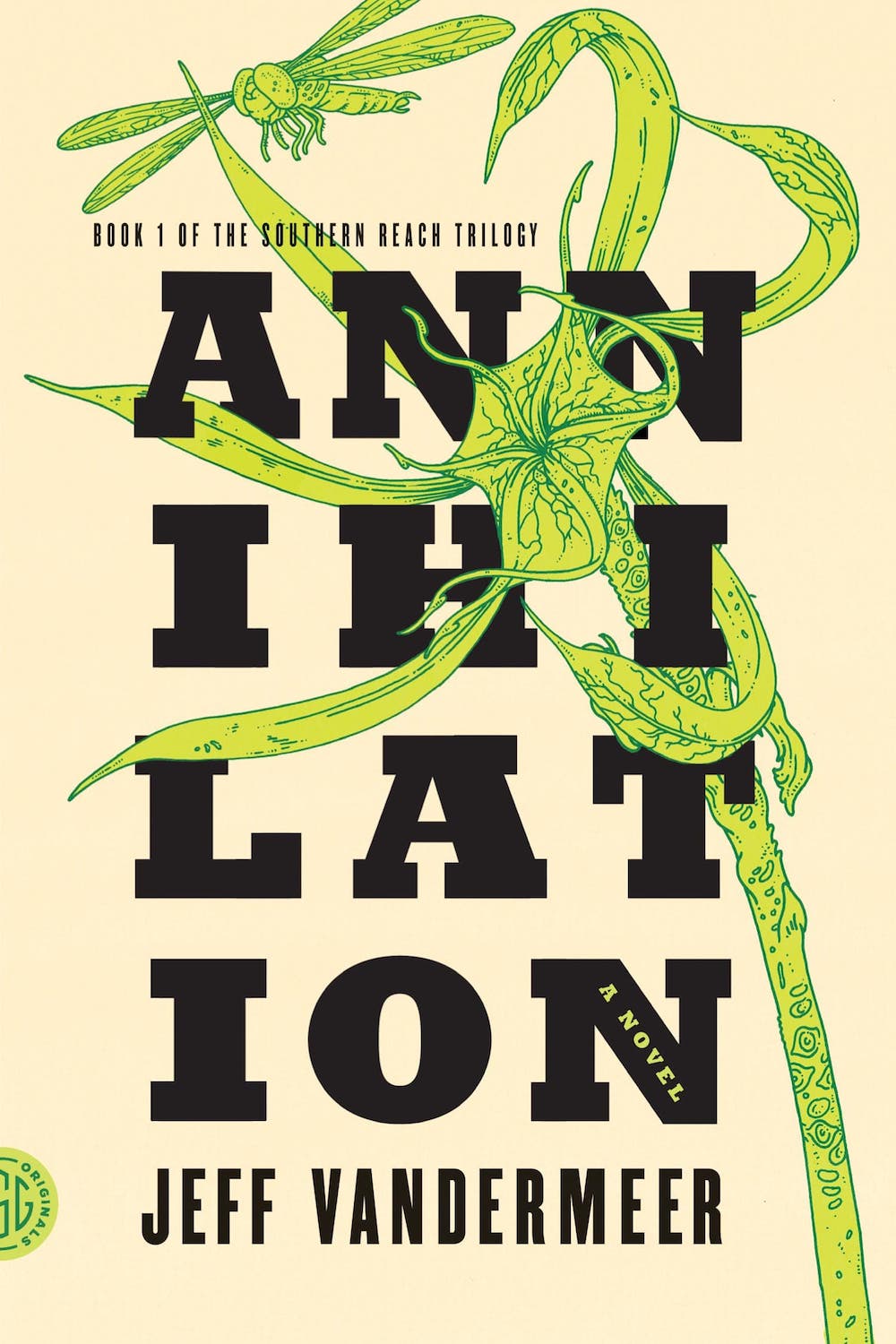 “I read a lot of science fiction—in fact, I had trouble narrowing down just one story for this list—but there are very few worlds as unsettling, as terrifying, as weird as Area X is in Jeff VanderMeer’s Southern Reach Trilogy. While the later books expand beyond the mysterious stretch of coast, there’s nothing like experiencing Area X for the first time with the biologist, as you both start to realize just how off the world is. It’s a mind-bending trip that calls to mind some of the best psychedelic science fiction (like Dhalgren or Time Out of Joint) with an earthy, natural twist. And yes, I’m very much looking forward to the upcoming movie.” 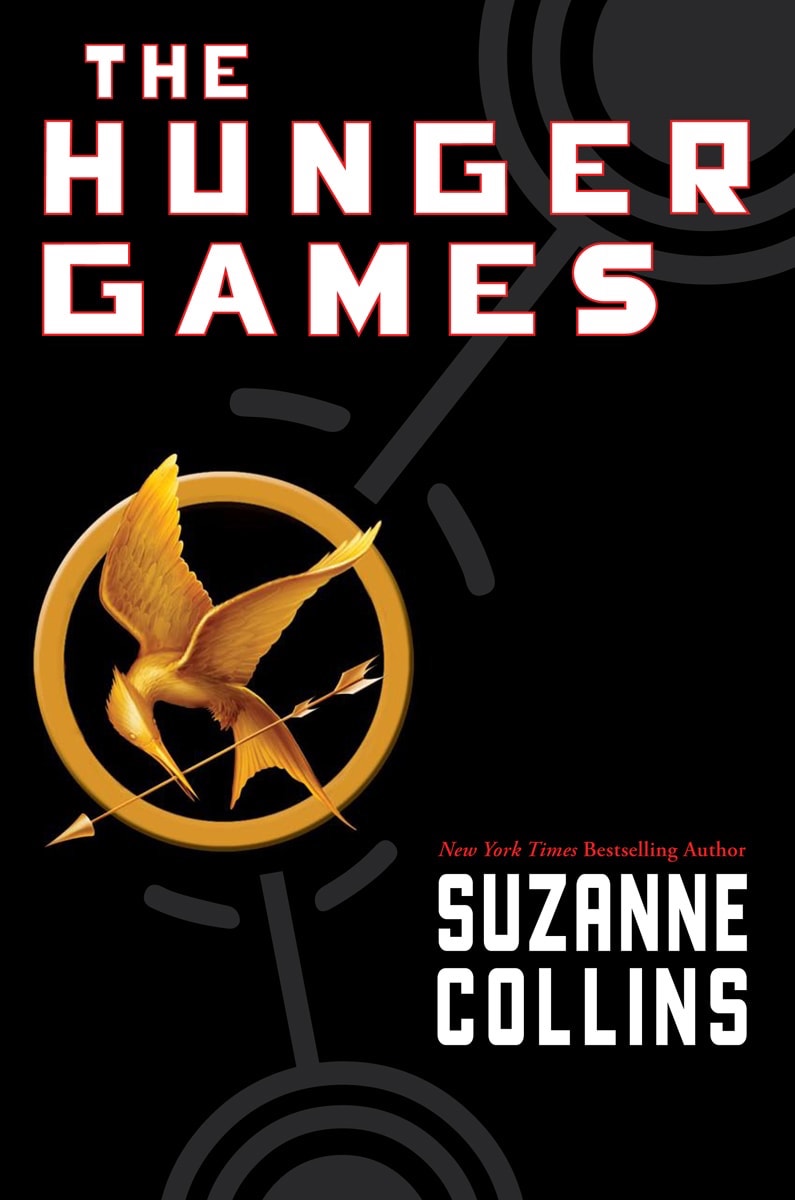 “This trilogy is set in a dystopic world where young children participate in the worst sort of reality show imaginable—a televised death match. The story takes place in Panem, a country with a wealthy Capitol and 12 poor districts. Every year two teenagers—a boy and a girl—from each district are chosen to compete in the Hunger Games which pits participants against each other to fight to death in a public arena. After killing off his or her opponents in cold blood, the winner and his or her district are rewarded with food and riches. In addition to entertainment, the Games serve as a reminder of the Capitol’s power over the districts.” 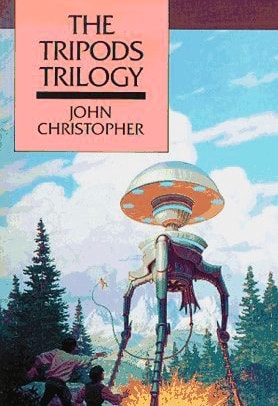 The Tripods Trilogy by John Christopher

“Full disclosure: I read the trilogy in school as a kid and my memory’s patchy. But it was excellent. I remember evil tripods, a city with aliens (Did they have tentacles? And human servants? I think yes to both!) and at one point, feeling so scared, my teeth actually chattered, which up until then had only happened to me on a particularly steep waterslide. Also, from the childhood collection, anything by Canadian author, Monica Hughes.” 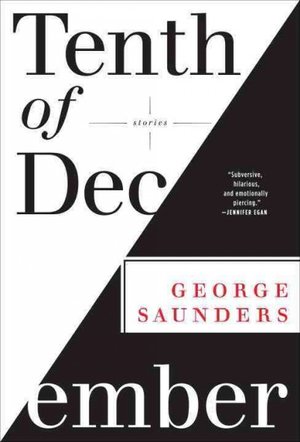 Tenth of December by George Saunders

“This is one of my favorite books of all time. Saunders takes you inside many different worlds, from the mind of an adolescent boy battling imaginary creatures, to an experimental prison where prisoners’ loyalties are tested with “love potions.” It’s like reading a season of Black Mirror.” 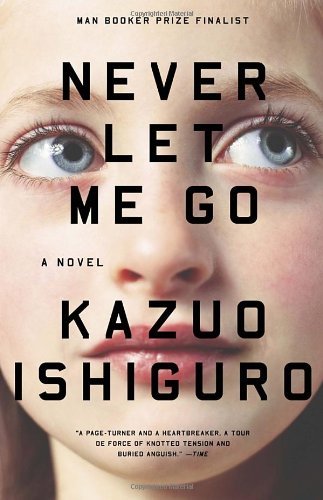 “Usually stories about dystopian societies are about rebelling against them. I love (and hate) the way Ishiguro perverts that. Kathy mostly accepts what society tells her: that as a genetically engineered person, she is less than human and should gladly accept the role assigned to her, no matter how much that role horrifies the rest of us. (p.s. he just won a Nobel!!!)” Plus, I have to throw in The Lathe of Heaven by Ursula K. LeGuin, featuring a character whose dreams change the shape of the real world—for good or for ill. What happens when that power lands in the wrong hands? Plague, aliens, and more.”

Johanna Mayer is a podcast producer and hosted Science Diction from Science Friday. When she’s not working, she’s probably baking a fruit pie. Cherry’s her specialty, but she whips up a mean rhubarb streusel as well.

16 Pieces of Pop Culture About Climate Change, From Atwood to Spielberg to the Pixies

Margaret Atwood On The Science Behind ‘Oryx And Crake’

In this archival interview, the award-winning author calls the novel a form of “speculative fiction.”