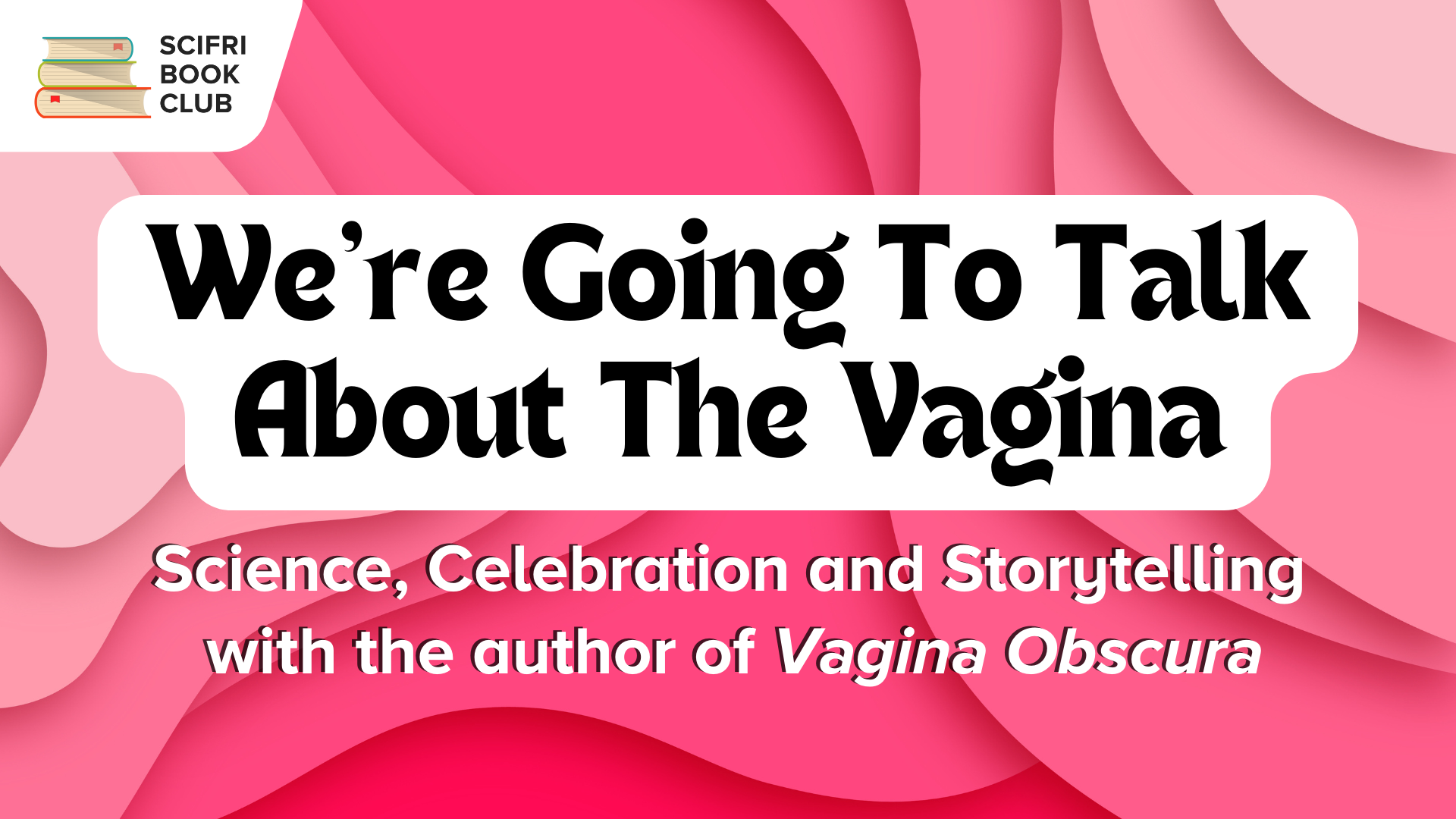 Where: Join us in-person or via livestream – Caveat, 21A Clinton Street, New York NY 10002

Join the SciFri Book Club for a celebration of the science knowledge and storytelling talent—plus a whole lotta joy—behind our September read, Vagina Obscura: An Anatomical Voyage. On stage, author Rachel E. Gross will be joined by sex educator Jules Purnell and audio journalist Allison Behringer, who will tell us about the up-to-date science on the so-called “female reproductive system,” the whole-body health related to the vagina and its companion organisms, and how storytelling and leading discussions about our bodies and advocating for our health has the potential to empower people and change lives. We may even play some trivia and interactive games along the way!

Haven’t read the book yet? No problem! You can join us whether or not you’ve picked up or read the author’s book, Vagina Obscura. We’ll talk about topics and themes featured in the book, which can be enjoyed by all attendees, as long as you’re ready and willing to talk about vaginas, clitorises, ovaries, and more with us.

Rachel E. Gross (she/her) is an award-winning science journalist based in Brooklyn, New York. Her first book, Vagina Obscura: An Anatomical Voyage, is a myth-busting voyage into the female body. A former Knight Science Journalism Fellow and digital science editor of Smithsonian Magazine, she also writes for BBC Future, the New York Times, and Scientific American.

Allison Behringer (she/her) is an award-winning narrative audio journalist and podcast producer. She is the creator, host and executive producer of Bodies, a feminist documentary podcast supported by NPR-affiliate KCRW. Each episode is the journey of one person (specifically women and marginalized genders) to solve their medical mystery. It combines intimate, nuanced storytelling with health reporting to uncover the layers that affect health, like racism, sexism, and capitalism.

Jules Purnell (they/them) is a sexuality educator and sexual violence prevention worker currently living in Western Massachusetts. Their areas of specialty include LGBTQIA+ cultural awareness, healthy relationships, ethical non-monogamy, and kink/BDSM. In a former life, they worked as an educator for Planned Parenthood and have given more condom demos and reproductive anatomy lessons to eye-rolling middle schoolers than they can count.

Diana Plasker is the Experiences Manager at Science Friday, where she creates live events and partnerships to delight and engage audiences in the world of science.

What You Might Not Have Known About The Vagina

A new book explores the history of human genitals and how researchers are finally making breakthroughs in our understanding of how so-called female reproduction works.

‘Vagina Obscura’ tells readers the history of neglected research into the vagina and its companion organs. Read it with us this September.