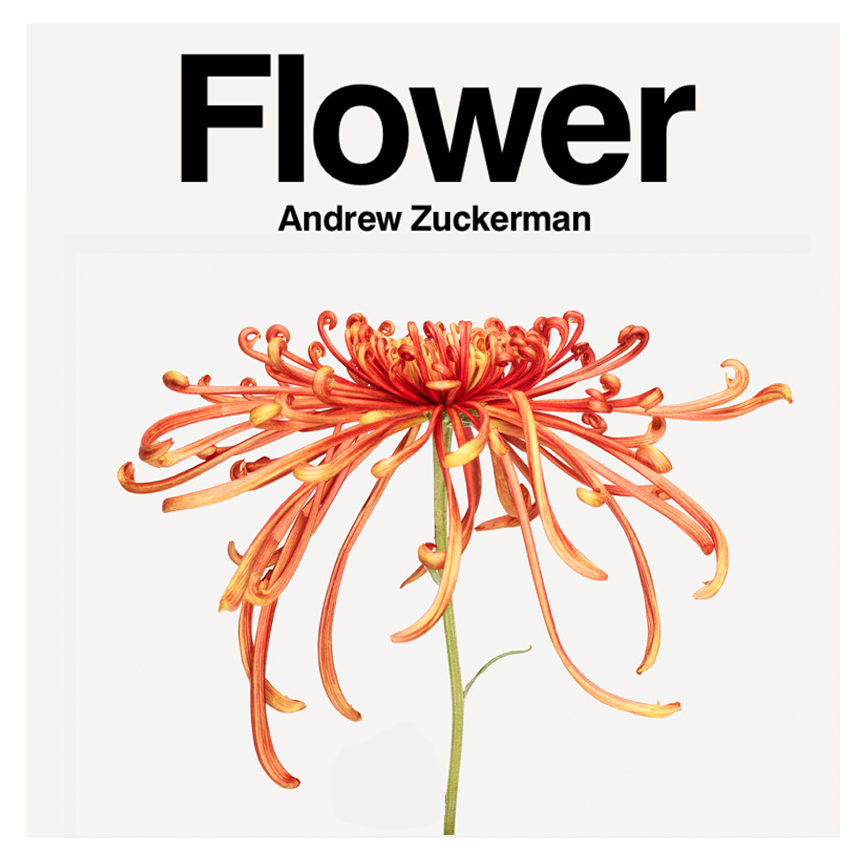 Flowers and art have a long history together, and not just in botanical illustrations. Flowers serve as a stand-in for sex (think Georgia O’Keeffe or Robert Mapplethorpe), help deliver the language of love, and symbolize death and rebirth. In paintings and poetry (and on primetime), flowers carry a lot of weight.

In his new book, Flower, photographer Andrew Zuckerman aims to strip away that baggage, and show us flowers as they’re rarely seen—free of symbolism, metaphor, and meaning.

“I’ve been interested in honing in on the flowers themselves, without context. In taking a subject and taking everything away, and placing them in a neutral space, there’s a democratization that happens. The beauty of nature is then able to be realized,” Zuckerman says.

On each two-page spread of this nearly six-pound book is a photograph of a single specimen, set against a bright white background. There’s no accompanying text, no Latin names, not even page numbers. (Though a pictoral index to the plants’ names is included in an appendix.) “The flowers are evenly lit,” Zuckerman says, “so you don’t find form and shape in shadow.”

The book includes more than 100 specimens, photographed Zuckerman says, “moments after I clipped them.” Some of the plants, including the New York Botanical Garden‘s rare Darwin’s star orchid, were photographed living, on-site.

Annette Heist is a former senior producer for Science Friday.