Few things in nature are as beautiful and fascinating as seashells, with their graceful spirals, marvelous shapes, and dazzling colors. However, the handsome homes of snails (gastropods) are built only at great cost. Creating a shell requires a huge investment of energy and building materials, so there must be a big payoff for the snail. That payoff, of course, is protection. Snails build their expensive shells not for beauty, but to defend their soft bodies against the sharp claws of hungry crabs and lobsters, and the strong jaws of predatory fish.

Here are some good shell traits for thwarting predators:

Your Mission: Study the armor from different species of gastropods!

In this activity from Shape of Life, you’ll study the elaborately whorled, sculpted, and ornamented shells of gastropods not as objects of beauty, but as artifacts born of an evolutionary trade-off: They are costly to build and carry around, yet essential for survival in a dangerous ocean.

There are two versions of this resource:

This instructor’s guide applies to both the middle school and high school version of the activity.

The lesson plans and instructor’s guide were created for Shape of Life by Kevin Goff.

Shape of Life Videos To Watch With This Resource 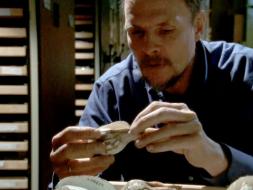 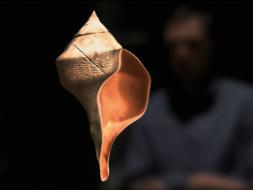 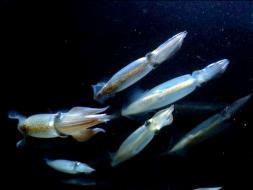 MS-LS2-4 Construct an argument supported by empirical evidence that changes to physical or biological components of an ecosystem affect populations.

MS-LS4-2 Apply scientific ideas to construct an explanation for the anatomical similarities and differences among modern organisms and between modern and fossil organisms to infer evolutionary relationships.

MS-LS4-6  – Use mathematical representations to support explanations of how natural selection may lead to increases and decreases of specific traits in populations over time.

HS-LS2-2 Use mathematical representations to support and revise explanations based on evidence about factors affecting biodiversity and populations in ecosystems of different scales.

HS-LS4-2 Construct an explanation based on evidence that the process of evolution primarily results from four factors.

About Shape of Life

Shape of Life offers free and easy to access classroom media and resources depicting the evolution of the animal kingdom on planet earth. Students and educators from all over the world explore animal adaptation, animations, and behaviors along with the amazing scientists who bring their stories to life. Shape of Life resources are NGSS-aligned and include lesson plans, readings, illustrations and activities that inspire a deeper dive into the origin of our existence.

Earth’s History In A Column Of Coral

Take a look back in time by examining x-ray images of the insides of corals.

This evolution simulation goes further by modeling reproductive success while giving young engineers an opportunity to flex their skills.