Alvin Lucier is one of the giant figures in experimental, electronic and electro-acoustic music, known for “making the inaudible…audible.”

Last week, he turned 90, and the celebration included a 27 hour marathon of his most famous piece, “I Am Sitting In A Room.” The piece, first recorded in 1969, is very simple in concept but deceptively complex. It consists of a short passage of text, read aloud in a room. That sound is recorded and then played back into that same room, picked up by the same microphone, over and over, until the room resonance renders the speech otherworldly and unintelligible. In fact, the instructions are the text itself:

“I am sitting in a room different from the one you are in now. I am recording the sound of my speaking voice and I am going to play it back into the room again and again until the resonant frequencies of the room reinforce themselves so that any semblance of my speech, with perhaps the exception of rhythm, is destroyed. What you will hear, then, are the natural resonant frequencies of the room articulated by speech. I regard this activity not so much as a demonstration of a physical fact, but, more as a way to smooth out any irregularities my speech might have.”

Lucier’s speech has long been defined by a stutter, which you hear in early recordings. Today, his voice has grown weak from more than a decade of Parkinson’s disease.

Trevor Saint is a percussionist, who has recorded another Lucier piece that explores room resonance, 2016’s “Ricochet Lady.” He’s also Lucier’s assistant, and he spoke to Science Friday about the composer.

“I think of Alvin as an archaeologist rather than a creator, where he’s just basically making the listeners aware of the world around them,” Saint said.

“But you need time. You’ve got to be in the space and let nature do its thing. And then if you’re patient enough, you get to enjoy it.”

Saint, like many people, first learned about Lucier’s music through “I Am Sitting In A Room,” and he didn’t know what to make of it. “I didn’t really know what was going on. Even though it’s so clear in the text, the sounds that were coming out, it was just so wondrous and magical,” he said.

The piece has been performed around the world, and has even prompted a series of adaptations by YouTubers, including one who uploaded his video 1,000 times, resulting in bizarre video degradation over time.

Lucier’s work has been academically studied for years, and presented and championed at MIT’s Media Lab in seminars devoted to the “quality of sound as experience.” 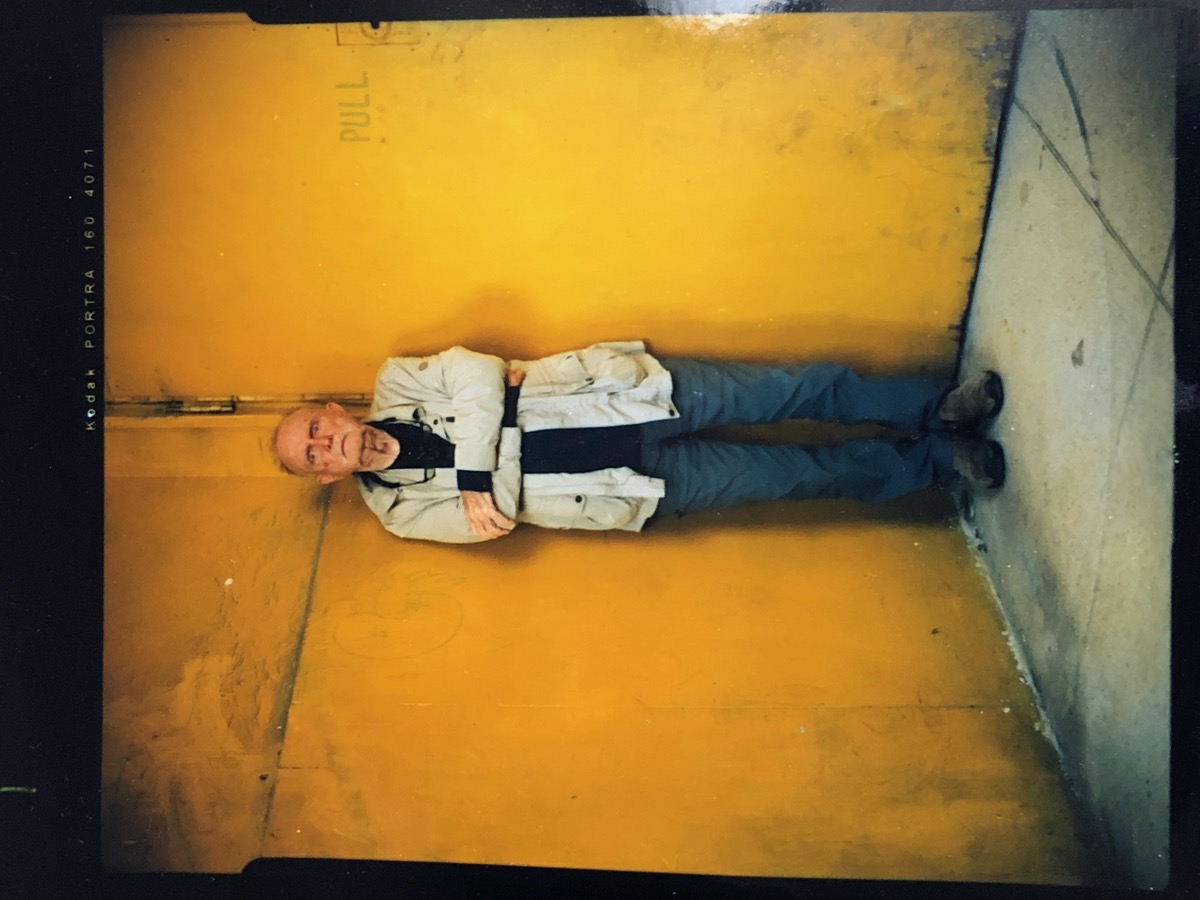 Much of his work since the 1960s deals with acoustic phenomena and the way the human ear, and brain, pick up signals. In one famous piece, “Music For Solo Performer” he dons a headset with electrodes to capture alpha brain waves, which he uses to vibrate percussion instruments.

In another, “Music on a Long Thin Wire,” he strung a wire attached to loudspeakers and a sine wave oscillator in a New Mexico shopping center. The resulting sound was broadcast on public radio station KUNM-FM for five un-interrupted days and nights.

“He works a lot with scientific equipment, but he’s not a scientist by any means,” said Trevor Saint. But Lucier does have the patience of a scientist, working slowly, constantly experimenting, even at 90.

“I think it takes someone who has the patience and interest to discover and he does that,” Saint said, recalling the “simple mystery” of his first hearing of a Lucier piece.

“It’s exploring this material that’s around us all the time, but we just don’t perceive it because we’re not focused on it,” he said.  “And I think just that approach to life in general is, yeah, it’s beautiful.”

Trevor Saint is a percussionist and assistant to Alvin Lucier. He’s based in New Haven, Connecticut.

IRA FLATOW: One last thing for you and you’re really going to have to open up your ears for this one. Last week 90 artists took part in a marathon 27 hour performance of one of the simplest but most important works of experimental sound Art the 1969 piece, I am sitting in a room.

It was part of a celebration of the 90th birthday of the composer Alvin Lucia. Lucia says his music quote makes the inaudible audible and to do that he straddled the line between science experiment and music. He’s attached electrodes to his head using brain waves to trigger percussion instruments.

But Lucia’s most famous piece is an exploration of the sound of the human speaking voice, in a setting we can all relate to, the room we’re sitting in. The composer’s own voice once defined by a stutter, has weakened due to Parkinson’s disease. So we turn to one of his closest collaborators to find out more.

TREVOR SANT: I’m Trevor Saint. I’m a percussionist and I’m the assistant to Alvin Lucia. So and I’m sitting in a room. Alvin reads a text.

ALVIN: I am sitting in a room, different from the one you are in now.

TREVOR SANT: And this text describes what’s going to be happening throughout the piece.

ALVIN: I am recording the sound of my speaking voice, and I am going to play it back into the room again and again.

TREVOR SANT: And then that recording is then played back into the same space.

ALVIN: I am sitting in the room, different from the one you are in now.

TREVOR SANT: All the different pitches and tones of human speech are going out into the room, the piece ends once that is no longer recognizable. [INAUDIBLE] Every room is individually tuned based on its architecture.

So there are things called resonant frequencies, which are the tunings of the room. And as the text keeps recycling into the room keeps repeating itself. The resonant frequencies get amplified. And become stronger over time and then the weaker tones pitches sounds in the voice that are not in resonance with the room diminish over time.

Even though he is the source material, it became the room. And that’s what’s most important to him is exploring the room. [INAUDIBLE] I think of Alvin as an archaelogist, rather than a creator. Where he’s just basically making the listeners aware of the world around them, that is there already but we just can’t hear it our focus is not on it.

But you need time, like you’ve got to be in the space and let nature do its thing. And then if you’re patient enough you get to enjoy it. Just that approach to life in general, it’s beautiful.

IRA FLATOW: That’s Trevor Saint, talking about composer Alvin Lusia. You can see performances of, I am sitting in a room, @sciencefrody.com/room. Our story was produced by Sifis John Dankosky. And I’ll be sitting in this room next time we meet. Have a great weekend. I’m Ira Flatow.

John Dankosky works with the radio team to create our weekly show, and is helping to build our State of Science Reporting Network. He’s also been a long-time guest host on Science Friday. He and his wife have four cats, thousands of bees, and a yoga studio in the sleepy Northwest hills of Connecticut.

SciFri Soundscape: Justice In The Jungle

Composing A Sound Map Of An Ever-Changing River

Composer Annea Lockwood has been using stereo microphones and underwater hydrophones to create detailed “river maps” since the 1960s.