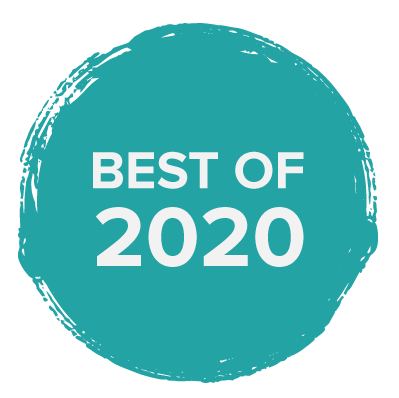 Most crickets aren’t good swimmers. They often drown or become easy bait to aquatic predators. Yet, you may find one mindlessly wander towards a stream or pool—and willingly fling itself into the water, as if possessed.

The culprit of the cricket’s demise? A thin, long worm called a nematomorph parasite, commonly known as the horsehair worm.

The moment the cricket hits the water, the worm emerges from its gut—twisting and writhing like a snake. (See a video from KQED’s Deep Look below!) Growing up to four feet in length, the horsehair worm coils inside the cricket’s gut and will consume its nutrients and fat. It can only find mates and reproduce in water. So to complete its life cycle, the parasite manipulates the host’s behavior.

“They are ginormous worms that people say, ‘Ah! So scary,’ but they are actually quite amazing,” says Tommy Leung, parasitologist at the University of New England in Armidale, Australia, who spoke to SciFri earlier on the phone.

Should We Conserve Parasites? Some Scientists Say Yes

Parasites, like horsehair worms, contribute to the larger ecological system. Researchers in Japan found that the crickets were being eaten by local endangered species of trout. This subsequently has caused the trout to eat less of other stream invertebrates that help decompose leaf litter and cycle nutrients.

“These horsehair worms are like a fast food service for the fish, inadvertently,” says Leung, explaining that the trout wouldn’t typically have access to the cricket meal otherwise. “From this particular perspective, the parasite performs specific ecosystem roles. If you like fish in the creek, then you’ve got to appreciate these worms that are working hard to bring these fish more food.”

Parasites are often feared, repulsed, and overlooked by many people. But researchers like Leung are fascinated by the lifestyles parasites have evolved to survive. He’s studied parasitic flukes that will clone themselves and form a colony inside snails, parasitic fungi that infect ants and sprout “beautiful” fruiting bodies, and even the tapeworms and nematodes from the gut of a beached whale. Leung is trying to change how we see parasites—through his research, writing, and vibrant anime art Parasite MonMusu, or Parasite Monster Girls, a series of monster characters inspired by parasite species that get a bad reputation.

“The word ‘parasite’ in general vernacular is kind of like an insult, and that’s one reason why people don’t care about them.”

Time for another Parasite Monster Girl!
Word for the day: 𝐙𝐲𝐠𝐨𝐜𝐞𝐫𝐜𝐨𝐮𝐬
As in – “Meet Sayuri, the Zygocercous Monster Girl” https://t.co/vA4Dj5oweU pic.twitter.com/GYL47ljLLu

Approximately 40 to 50% of all animal species are parasitic, making up a considerable portion of global biodiversity. In a recent Science Friday interview, parasitologists and ecologists describe efforts to better understand how this large group of organisms drives ecosystems—and even build an argument to conserve them.

“The majority of parasites that are out there are not infecting people. They don’t have anything to do with human beings or human lives,” says Leung. He was not a part of the research group that wrote the recent review paper, but also studies the relationship between parasites and their ecosystems.

“They’re like any other wildlife, they’re just living their lives.”

“The word ‘parasite’ in general vernacular is kind of like an insult, and that’s one reason why people don’t care about them.”

Meet The Arachnids Living On Your Face

In a parasitic lifestyle, the organism steals resources and lives off of a host to survive. Parasites, in this nature, do harm to their hosts. We most often hear of the parasites that are detrimental to humans—disease-causing worms, agricultural pests, lice and mite-infested livestock.

Most conservation laws and policies are focused on “charismatic creatures and megafauna,” says Leung. Since some parasites are specific to particular hosts, conservationists should consider preserving the parasites that live on host species that are endangered, he says. For example, the California Condor breeding program had deloused and treated the birds with pesticides during conservation efforts, inadvertently wiping out an entire species of louse. “If you want to save the Condor, you should consider also saving things that live on the Condor as well,” Leung says.

Parasites have diverse and complex lifestyles—lifestyles that aren’t so easy to live. A host can be a hostile home for a parasite; they have defense mechanisms and immune responses that make it difficult to survive.

“Parasitism is actually one of the most challenging lifestyles in this planet,” Leung says. “When you’re in your home, imagine every single appliance, every piece of furniture is actively trying to kill you every time you use them. That’s basically what it’s like for a parasite,” says Leung.

Many parasites must use multiple species to grow and reproduce, jumping over “highly improbable obstacles” to survive in different environments, he explains. For instance, the nematode parasite, Myrmeconema neotropicum, will infect and turn an ant’s abdomen red—making it look similar to a ripe berry. It will manipulate the ant to raise its abdomen in the air for birds to eat. Once in the bird’s digestive tract, the nematode will lay eggs and continue its life cycle.

These types of manipulative parasitic behaviors have inspired popular culture, from the classic chest-bursting monster in the movie Alien to the parasitic fungi that unleashed a zombie apocalypse in the video game The Last of Us to the fungi-carrying Pokémon, Paras and Parasect. But their lifestyle—and perceived ick factor—have given parasites a negative reputation, too.

Paras and Parasect confused me as a kid because I thought they were just weird crabs. They’re actually based on cicada nymphs, and the “mushrooms” are a reference to a fungus in the Cordyceps genus which PARASitizes cicadas! 😬 (thanks @Michael_Stahler!) pic.twitter.com/u5Jdqq8ktm

“Most people have this picture of parasites as this really lazy way of life,” Leung says. “They use the word to describe people who leech off of others—even the phrase ‘leeching off other people’ is based on the parasite—and it implies that they’re really not putting in any effort and using others, exploiting others gain.”

Leung says there needs to be a change in the way we speak about parasites. He writes a Parasite of the Day blog, where he highlights various species and avoids using language that evokes horror or gore. He also illustrates Parasite MonMusu, or Parasite Monster Girls—what he calls his “love letter to parasites.”

“It’s kind of my way of showing that parasites can be cute,” he says. “I don’t see them as gross or grotesque—I find them cute and fascinating amidst their grotesqueness. They go hand-in-hand.”

As a fan of drawing and anime, Leung was looking for ways to merge his interests together. He had been watching an anime about monster girls when he got the idea to apply it to parasites he encountered in his studies. For Parasite Monster Girls, Leung draws upon a style in Japanese anime, manga, and fan-art called “gijinka,” where animals and non-human entities are anthropomorphized as animated characters.

“People relate to that a lot more because they say ‘oh, look it’s a person,’ and sometimes I could spark interest [in parasites] as well.”

One of Leung’s monster girls is Dr. Delilah, the Leech Monster Girl Doctor. She’s a licensed medical practitioner who treats other monster folks, as Leung writes—and was inspired by the actual medicinal properties of the leech Hirudo medicinalis. The leech secretes saliva with anticoagulant proteins, which can be useful blood thinners for preventing clots after surgery. It’s just one example of how Leung shows the other side of parasites and how they live.

Hey y’all, the Parasite Monster Girls and my other art works are currently on display at the UNE Natural History Museum https://t.co/TozV7Nhao9 pic.twitter.com/m1qxRdi6gS

The Parasite Monster Girls series started off as a fun hobby, but it turned into an avenue of art and science communication.

“I do it for my own fun, but it sort of also has a secondary outreach side-effect,” says Leung. “It has actually made me a much better artist.”

Here’s something I’m currently working on.

Researchers know very little about parasites and the number of species that exist, Leung says. In addition to identification, “there are many species out there that we see, but they don’t have a name. They just remain undescribed,” he says. Basic cataloging and taxonomy is one of the first steps needed in conservation efforts. It’s even more essential to be monitoring populations as environmental factors, like climate change, may shift parasite-host relationships. Scientists are just beginning to understand the details of how important parasites might be, Leung says.

While some may think they aren’t the most charismatic creatures, parasites are still a part of our world: “Most parasites on this planet are just quietly completing their life cycles, doing their own things, and they’re not out to get you,” Leung says. “Parasites have as much of a right to exist as any other organism on the planet.”

Welcome To The Bone Room

Biologist and functional morphologist Steve Huskey has nothing to hide, despite the hundreds of skeletons in his closet.

Witness two tales that will make your skin crawl and your mind reel with fear and curiosity.