Inside every meteorite is a story. It begins during the early days of our solar system, when rudimentary planets were just starting to take shape. Most come from asteroids orbiting between Mars and Jupiter before making the journey through space and impacting the earth, becoming a meteorite.

These old objects catapult through the Earth’s atmosphere, at a rate of approximately 10 each day. But finding one is like striking cosmic gold, with researchers finding only about 10 per year. Scientists hunt for these hidden, precious space stones to analyze their chemistry, isotopes, and structures and store them for safekeeping in meteorite vaults like Arizona State University’s Center for Meteorite Studies, featured in SciFri’s Macroscope video.

“We hope that these different types can tell us about the early history of the samples, and what sort of early parent bodies [and early asteroids] they came from,” says Laurence Garvie, curator of the center.

By classifying different meteorite types, researchers try to trace back their origins to not only better understand the formation of our solar system, but to gain clues about how other young solar systems might be brewing in space.

While we all might not be able to hold a meteorite in our hands, you can trade these handy meteorite cards to unlock facts and stories about the early solar system. 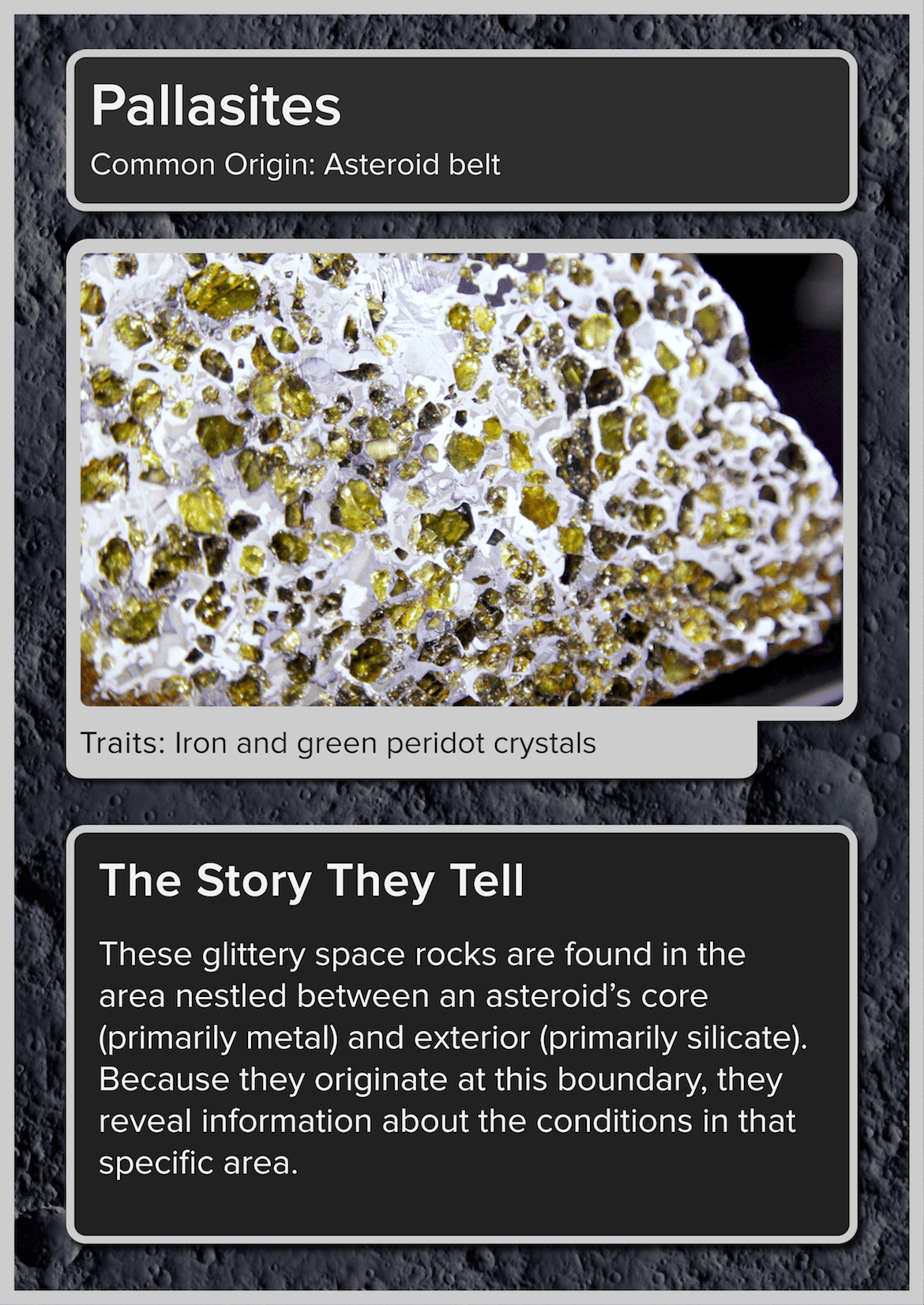 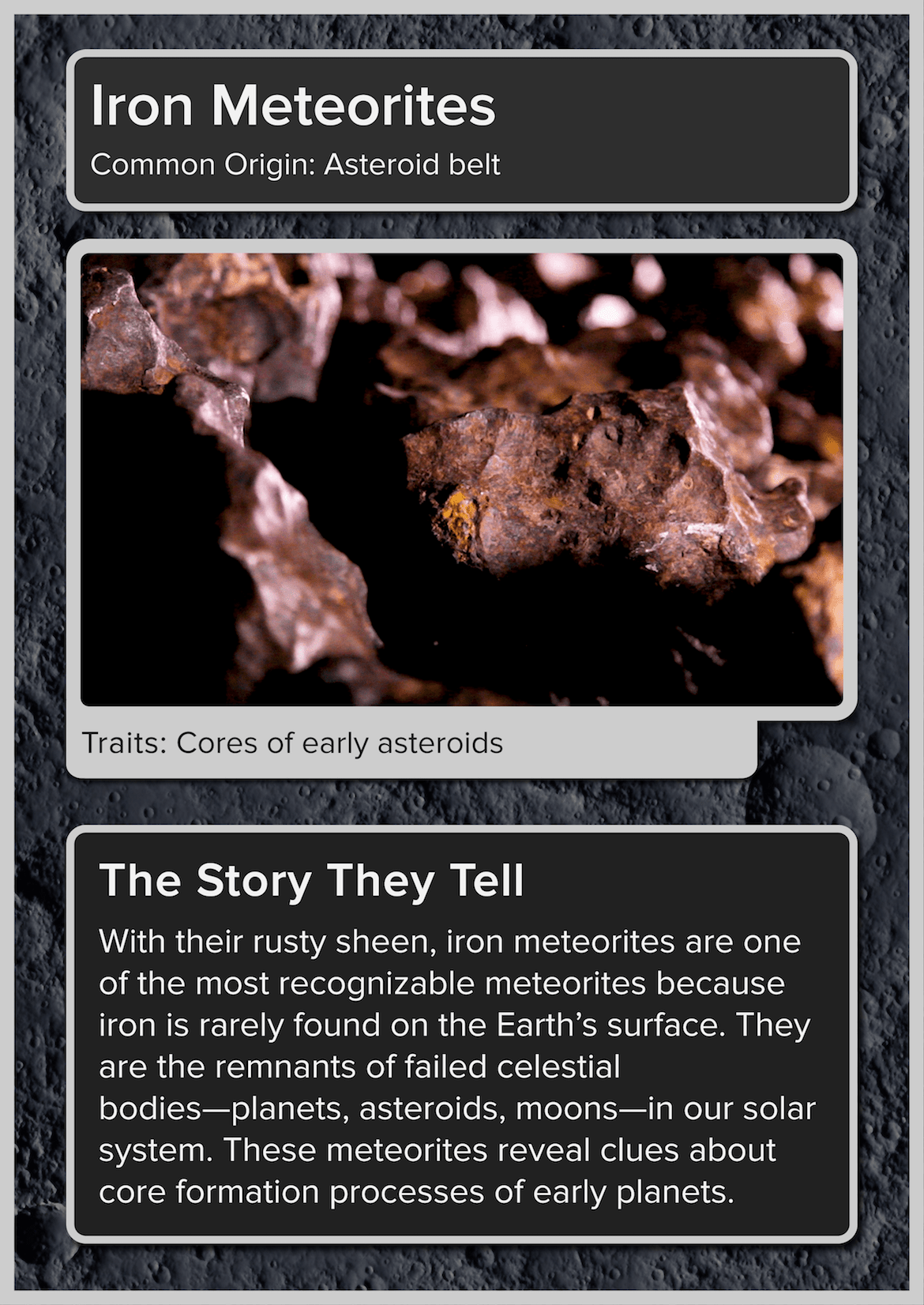 An Ingredient For Life In Our Solar System: Salt 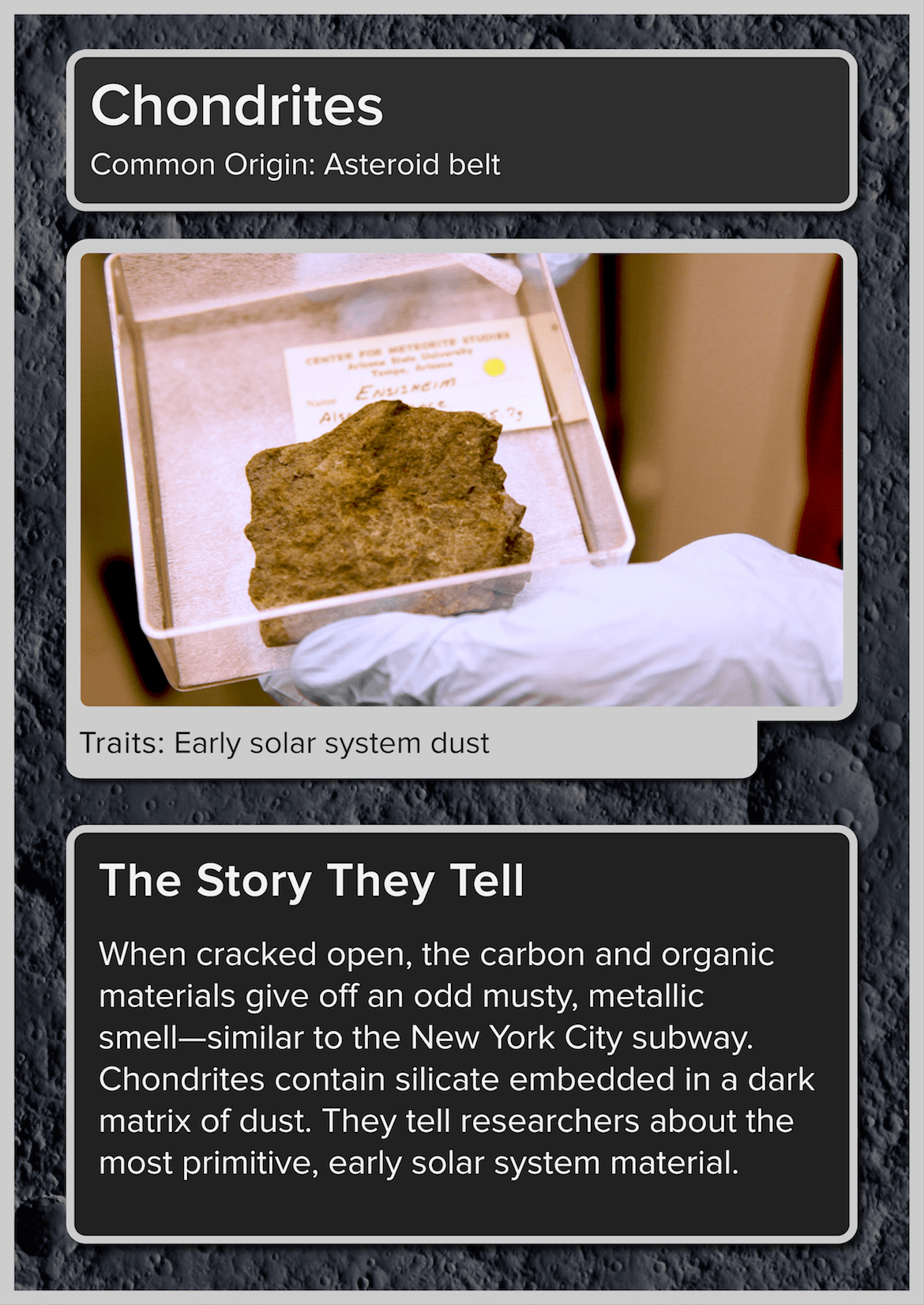 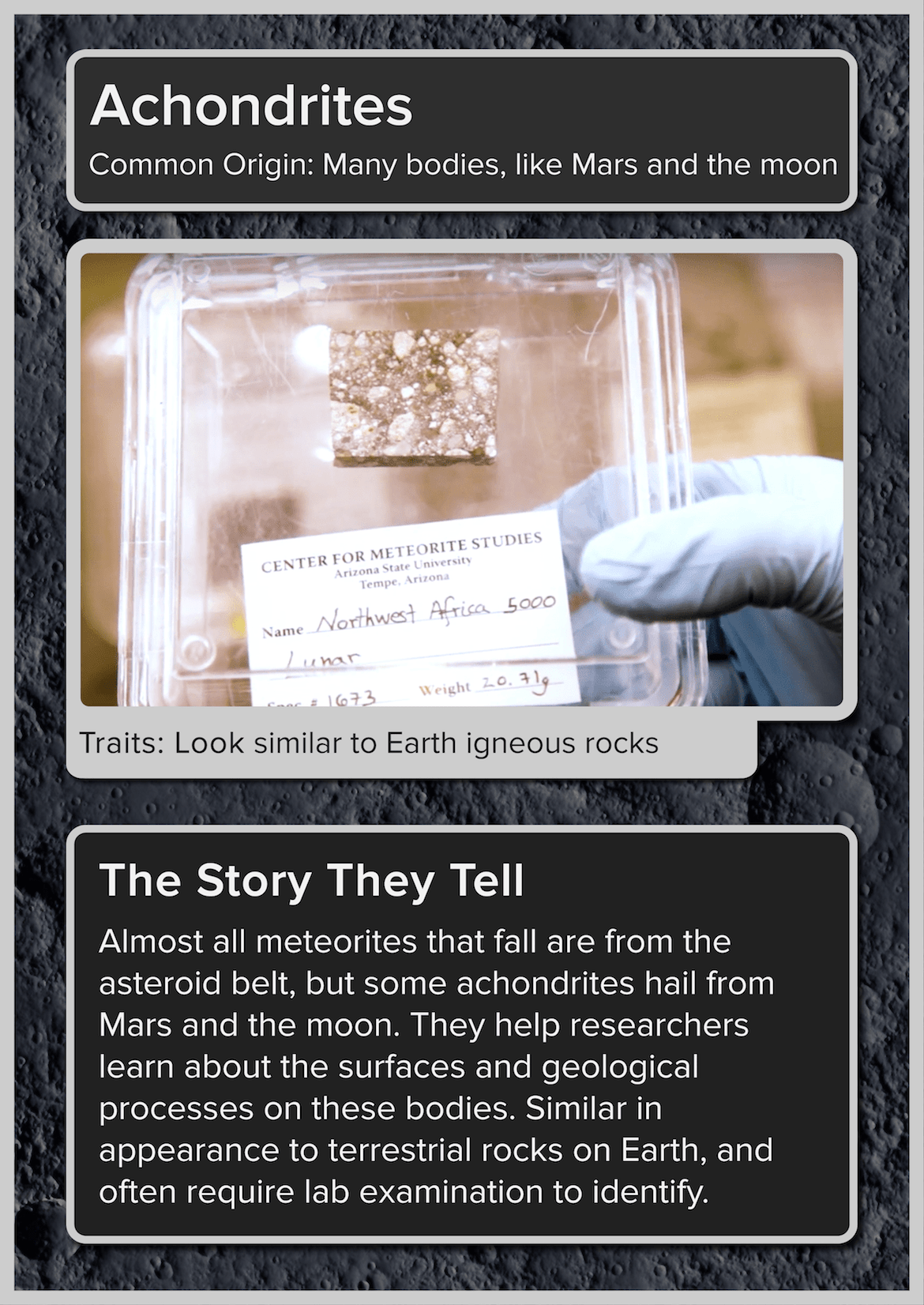 Facts About Asteroids That Rock

Which asteroid is made of metal, and which hides an ocean? The answers lie in our nifty asteroid trading cards.

Learn about mushrooms, and trade your favorites with your friends!