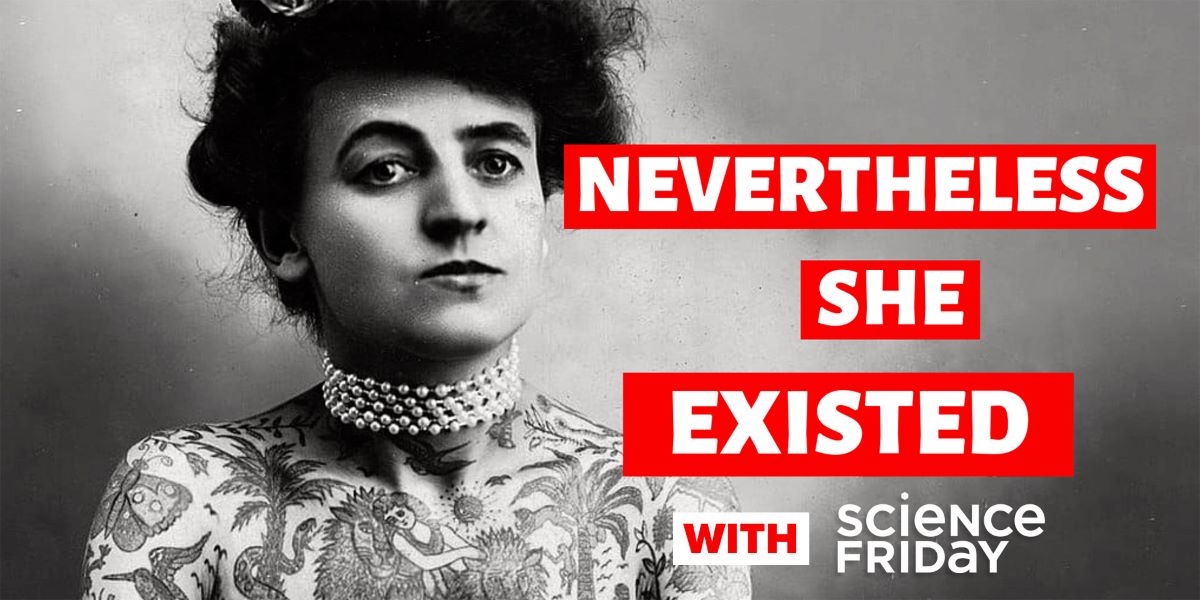 Nevertheless She Existed: The Women They Don’t Want You To Know About is the shameless feminist party you’ve been waiting for. Each month a lineup of female storytellers, comedians, and historians join forces to share the stories of some of the greatest women the world has ever known (but history erased). And for the next show in the series, we’ll look to the women who took to the skies.

This November, Nevertheless She Existed is teaming up with Science Friday to celebrate women in space! Ladies have looked to the sky for centuries—even when men on Earth told them to stay grounded. We’re sharing the celestial stories of the female astronomers, astrophysicists, and other scientists who shot for the stars and expanded our horizons.

Caveat is mixed seating and standing-room; arrive early to get a good seat!

To access Caveat, there is a set of stairs, but an elevator is available. Please call (212) 228-2100 for elevator use and assistance with accessibility.

Diana Montano is the Events Producer at Science Friday, where she crafts live events to delight and engage audiences in the world of science.

Making an Entrance: The First Black Women at Langley Lab

The Women Who Brought Us Apollo 11

Forty-eight years ago, we witnessed Neil Armstrong’s first steps on the moon, thanks to a remarkable group of female coders.