The first written reference to a “rule” about the acceptability of eating dropped food appeared in 1995—but the household guideline was already long in the making.

Whether you call it the five-second rule, three-second rule, or the ____-second rule, you know what this rule is. Someone drops a tasty morsel of food on the ground and scoops it right back up, declaring that, according to the “rule,” there was no time for the bacteria to glom onto the treat. As usual, the history of this idiom is a little more complicated than that, and the science is, too. Is there any scientific validity to the five-second rule?

The five-second rule as we know it today has murky origins. The book Did You Just Eat That? by food scientist Paul Dawson and food microbiologist Brian Sheldon traces the origins to legends around Genghis Khan. The Mongol ruler is rumored to have implemented the “Khan Rule” at his banquets. “If food fell on the floor, it could stay there as long as Khan allowed,” write Dawson and Sheldon. The idea was that “food prepared for Khan was so special that it would be good for anyone to eat no matter what.”

“In reality,” they write, “people had little basic knowledge of microorganisms and their relationship to human illness until much later in our history. Thus, eating dropped food was probably not taboo before we came to this understanding. People could not see the bacteria, so they thought wiping off any visible dirt made everything fine.”

Roughly six centuries after Khan’s death, germ theory evolved into, as the Encyclopedia Britannica writes, “perhaps the overarching medical advance of the 19th century.” Researchers determined that tiny, invisible microorganisms caused certain diseases and infections—and French chemist Louis Pasteur proved that those same kinds of microorganisms are behind both wine fermentation and the souring of milk. But despite knowing that germs are everywhere, it can still be tough to walk away from a tempting treat that slipped through one’s fingers.

We see the rule pop up once again in a 1963 episode of Julia Child’s cooking show The French Chef, which may have helped canonize the attitude, if not the phrase, into popular imagination. The famous chef attempted to flip a potato pancake in a pan, but she missed, and the pancake landed squarely on the stovetop.

“When I flipped it, I didn’t have the courage to do it the way I should’ve,” Child said. “But you can always pick it up if you’re alone in the kitchen. Who is going to see?”

The flopped pancake sits on the stovetop for about four seconds before Child tosses it back into the pan, but by the time the phrase begins to solidify and appear in print, people take their own liberties with the exact amount of acceptable seconds. According to the Oxford English Dictionary, the first mention in print of some sort of rule came from the 1995 novel Wanted: Rowing Coach, which referenced a “twenty-second rule.” A few years later, in the 2001 animated film Osmosis Jones, a character follows the “ten-second rule” and eats a germ-infested egg, which sends his body’s immune system into disarray.

So, Is The Five-Second Rule Actually Real?

Robyn Miranda, a Ph.D candidate in food science at Rutgers University, published a study in Applied and Environmental Microbiology with her adviser that scientifically investigated the validity of the five-second rule.

“It was not what I expected to do for my master’s,” she says. “We saw this as a really important opportunity to look at this rule that people truly follow, that consumers really use. So, let’s see if this matters, from a public health standpoint.”

Miranda stocked up on four different food types: watermelon, bread, bread and butter, and gummy candy. Then, she methodically dropped each food onto one of four surfaces typically found in kitchens—stainless steel, tile, wood, and carpet—and let each food item sit for exactly less than a second, five seconds, 30 seconds, and five minutes to measure bacterial transmission. Miranda and a team of undergraduates did 20 replicates of each food, on each surface, for each length of time, over the course of six months. “I’m not going to lie; doing the experiments lost its luster after a while,” she says. “But the results were very interesting.” 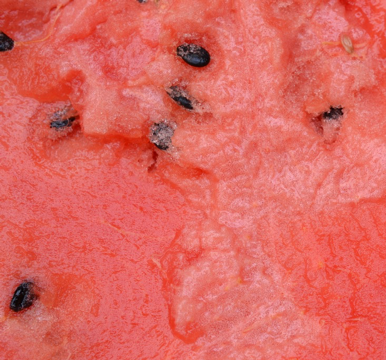 Long story short, says Miranda, longer contact times did result in transfer of more bacteria, though there were also times when the transfer was instantaneous. Watermelon’s high moisture content made it an easy target for bacteria to hitch a ride from the surface, and it had the highest rate of contamination. 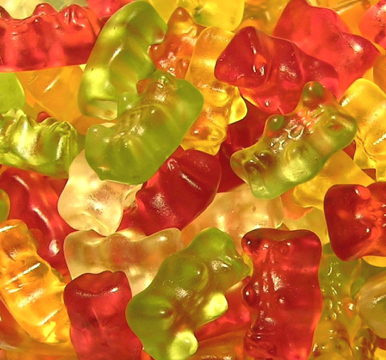 On the other hand, the gummy candy had the lowest. The gummies puzzled Miranda and her team, who guessed its stickiness would pick up more bacteria. They consulted a physical chemist, who said it was possible that some sort of electrostatic interaction of the acidity of the gummy was rejecting the bacteria. 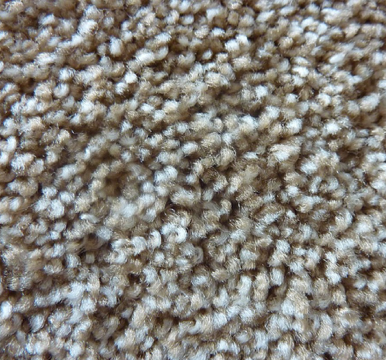 When it came to surfaces, carpet had a very low rate of transfer compared to stainless steel. It was likely because carpet has crevices, they determined, and the bacteria would fall and sit underneath the surface while the food sat on top. “It’s science,” Miranda says. “Everything depends.”

The Science Behind The Five-Second Rule

While microorganisms are to blame for infections, not all bacteria are created equal.

“We carry four pounds of bacteria around with us on our bodies all the time,” Paul Dawson tells Science Friday.  “And we have more bacterial cells in and on our body than we have our human cells—so we’re kind of in symbiotic relationship with it. And we’re more and more finding they are part of our health, the delicate balance there, so to speak.”

There is some truth to the idea that exposure to certain bacteria and compounds can help build immunity, says Dawson. But we also know that people can become seriously sick from certain infections, so random exposure may not be the best practice. Dawson compares eating food off the floor to wearing a seatbelt: “You probably could do both of those your whole life and never be injured or get sick, but we know with the seat belt that if you have an accident or there is bacteria there, you’re going to be exposed to it.”

“Speaking specifically about the five-second rule and when eating food off the floor, probably in reality there’s not much risk in that,” he says. “But I don’t know if there’s much to be gained either though, as far as immunity.”

But often, it’s not immunity that’s in the forefront of people’s minds when a morsel hits the floor.

“I don’t eat food off the floor, but I also don’t drop food on the floor,” says Robyn Miranda. “But if I [did], it would depend.” Watermelon? No way, she says. Skittles? Maybe. “I guess you’d be surprised what people will do for a food that they care about.”

The Origin Of The Word ‘Tuberculosis’

Why did we stop calling the disease 'consumption'?

What Happens When You Double Dip That Chip?

Does double-dipping a chip really infect the dip? Is the five-second rule real? Plus, a look at other food myths.