This article is part of the Coronavirus spotlight 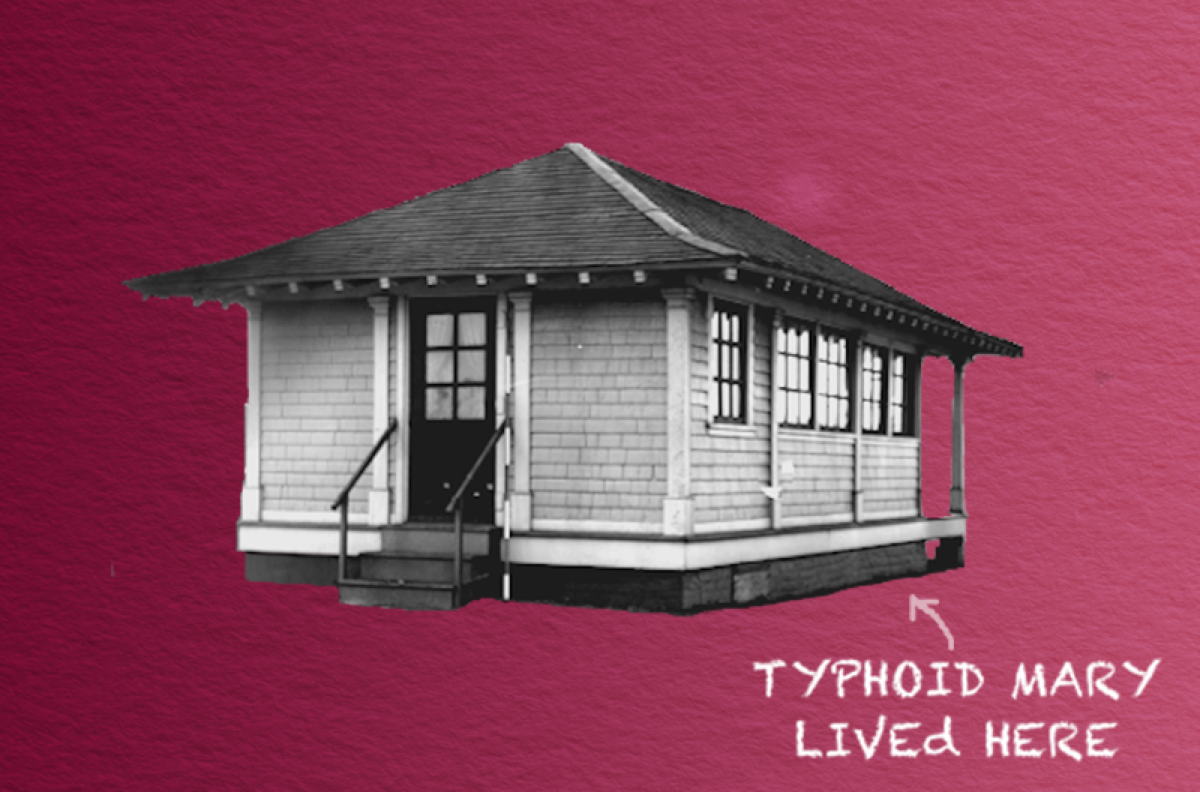 Quarantine has been on all of our minds lately. But the word goes all the way back to the time of the Black Death. Listen to this episode on the new Science Diction podcast!

From the the Latin quadraginta and the Italian quaranta, both meaning “40.”

From The Black Death, The Birth Of Quarantine

In 1793, yellow fever hit Philadelphia, and sailors were quarantined in a hospital outside the city. When typhus landed in New York City in 1892, at least 70 people were quarantined on a nearby island. When an outbreak of SARS (severe acute respiratory syndrome) moved through Canada in 2003, about 30,000 people in Toronto were quarantined. And during the 2014 Ebola outbreak in West Africa, health workers returning to the United States from affected areas were quarantined.

But to find the origin of the word, we have to look back to mid-14th century Europe.

At the time, the bubonic plague, infamously known as the Black Death, was ripping through the continent. Starting in 1343, the disease wiped out an estimated one-third of Europe’s population during a particularly nasty period of three years between 1347-50. This sweep of the plague resulted in one of the biggest die-offs in human history—and it was an impetus to take action.

Officials in the Venetian-controlled port city of Ragusa (now Dubrovnik, Croatia) passed a law establishing trentino, or a 30-day period of isolation for ships arriving from plague-affected areas. No one from Ragusa was allowed to visit those ships under trentino, and if someone broke the law, they too would be isolated for the mandatory 30 days. The law caught on. Over the next 80 years, Marseilles, Pisa, and various other cities adopted similar measures.

Within a century, cities extended the isolation period from 30 to 40 days, and the term changed from trentino to quarantino—the root of the English word quarantine that we use today.

No one knows for certain why the isolation period was extended to 40 days, but scholars have a few hunches. There’s a lot of cultural meaning packed into the number 40—plenty of Biblical events draw upon the number, such as Jesus’ fast in the desert, Moses’ time on Mount Sinai, and the Christian observation of Lent. Others suggest that perhaps it was simply thinking that 30 days wasn’t quite enough time to burn out the disease.

“It’s arbitrary in a lot of different ways,” says science historian Karl Appuhn. “Why 40 instead of 30 or 50?” The terms of the practice were fickle—in some cases the clock on quarantine wouldn’t start until the disease had run its course, so people often weren’t quarantined for exactly 40 days.

While we can trace the word quarantine to the time of the Black Death, the practice of isolating the sick stretches back much further. In fact, references to isolating people with leprosy can be found in the Bible, and hospitals called lazarettos, which were intentionally constructed outside the city center, existed by the first half of the 14th century in Venice. (The name lazaretto itself is named after the beggar Lazarus, the patron saint of lepers in Catholicism.)

When the Black Death began to ravage Europe, cities and officials grappled with how to contain the outbreaks without quite knowing what caused it. Before people had a notion of microbes or a full-blown theory of transmission, there were competing ideas about contagion, explains Appuhn.

Before the legal establishment of quarantine, officials in Reggio, Italy declared that people affected by the plague should be taken to fields outside the city and left to either recover or die. And, says, Appuhn, “There’s something actually true to life about the plague scenes in Monty Python and the Holy Grail. There’s considerable evidence that they would just take people out who were still alive but very sick, and they would just dump them on these outlying islands and leave them to die.”

[The fairy circles that dot the red desert in Southern Africa have stumped scientists for decades.]

The 1348 outbreak created an urgency to cement those procedures and build a legal framework for them, explains Appuhn. And of course, it also gave them a name.

In the United States, it took a bit of a process to develop any sort of national quarantine policy. Like many matters, it originally fell to the states to handle the influx of infectious disease, but repeated outbreaks of yellow fever prompted Congress to pass the National Quarantine Act in 1878, creating a path for federal involvement. In 1892, a cholera outbreak nudged officials towards giving the federal government more authority to impose the requirements. By 1921, the quarantine system was completely nationalized.

Today, there are 20 quarantine stations across the United States, used to isolate those with diseases such as yellow fever, cholera, and yes, plague—many of the same diseases that helped develop the system used today.

A Better Method For Stopping Ebola And Yellow Fever

Could real-time tracking of viral infections put a stop to future epidemics?

The Origin Of The Word ‘Cocaine’

It's a tale of a leaf, a graduate student, and alkaloid science.