When the earth shakes, it can mean a lot of things: an earthquake, a truck driving by, or even a World Cup victory. During the 2018 World Cup, soccer fans in Mexico jumped and cheered so much after Mexico scored a big win that earthquake sensors were set off by their celebration! By measuring the ground’s vibrations, you can learn a lot about what is happening both near and far away.

Vibrations travel through the ground as mechanical waves.  Mechanical waves are energy that is being transferred as the movement of matter. Waves are all around us, from the sounds you hear listening to the latest episode of Science Friday to the shaking you feel beneath your feet as a large truck passes by. Mechanical waves can travel through a medium like the air, ground, or water for miles.

When elephants are running away from poachers who are trying to kill them, their massive bodies exert a large amount of force and energy into the ground that travels through the ground as wave vibrations. These waves can travel miles from where they originated. By analyzing mechanical waves that travel through the ground (or in water or air) you can learn a lot of valuable information about events that may be happening far away, and potentially even use your analysis to help protect elephants from poaching.

A Stomp, A Roar, An Elephantquake?

The shape of a wave can be described by its wavelength, amplitude, and frequency. For a transverse wave that has peaks and valleys like an ocean wave, the wavelength is the distance from one wave peak to the next. Amplitude is a measure of the maximum height of a transverse wave. For a longitudinal or “compression” wave, wavelength and amplitude are defined a little differently; wavelength is the distance between compressions, and amplitude is the maximum displacement of particles in the medium within each compression. The frequency measures how many waves (or compressions) pass by in a given amount of time. You can investigate all three of these properties of waves using the “oscillate” setting in the following simulation to see how a greater force or motion can alter these three properties.

In this lab activity, you will learn about researchers who have figured out how to use the frequency and amplitude of vibrations in the ground caused by elephant movements to figure out what elephants far away are up to. You’ll then use the accelerometers in a smartphone or tablet to generate and analyze seismographs of the behaviors of you and your classmates. So grab a device, and let’s get started.

Tools To Detect Vibrations In The Ground

Scientists use a variety of sensors to measure the motion of the ground. One example is called a seismometer. A simple seismometer can just be a hanging pendulum with a pen attached to it, so that when the ground shakes, the pen moves and makes a mark on a paper below.

Imagine that you jump up and down next to a device like this. When you jump, the ground will move a little. When the ground moves, it will shake the pendulum, and when the pendulum moves, the pen will draw on the paper. The recordings created by these seismometers are called seismograms. Today’s more sophisticated seismometers can transform the motion of the ground into an electrical signal so that the data can be recorded and analyzed digitally in real time.

Smartphones contain acceleration sensors, or accelerometers, that can work like a seismometer to record how the phone shakes. If you put the phone in the right place, you can use it to detect how the ground moves. There are even apps like MyShake that can gather data from your phone to look for the type of motion that happens during an earthquake. The app helps scientists measure real earthquakes by collecting data from people’s phones all over the world, so you can help scientists by installing this app for yourself!

The sensors in your phone can be recorded by apps like Science Journal. How can you use the wave properties from an accelerometer signal to distinguish between different human activities?

Use this Student Guide.

How does the waveform look different when you are walking or dancing? When do you see the largest amplitude or highest frequency? Could you tell the difference between the vibrations formed during a basketball game or a volleyball game?

If a sensor can pick up the motion of a person based on vibrations, imagine what happens when a huge animal like an elephant walks around. Beth Mortimer and Tarje Nissen-Meyer have measured signals from seismological sensors called geophones when elephants walk, run, play, or communicate, even from a few miles away. The amplitude and frequency of the waveform detected by these sensors were analyzed to determine what activities the elephants were doing. Using these signals, researchers could determine whether the vibrations were caused by normal activities, or by elephants running or responding to threats . Researchers hope this sort of seismological monitoring could one day be used to identify where and when elephants might be at risk from poaching.

Use this chart to come up with what you’d like to know more about and what you think you may know already based on the information from Beth Mortimer and Tarje Nissen-Meyer.

Part 1: Play With A Science App!

Use the app to explore your ability to record motion using the x, y, and z axis. Place your phone on its side, front, back, or standing up on a table or on the ground. Try walking, jumping, dancing, or anything else near the device to see what measurements your app is able to record. Use the app’s graph for each to attempt to pair simple basic movements with their corresponding measurements. Try to answer the questions:

By the time you finish try to be able to identify at least three movements simply by looking at the app’s measurements. 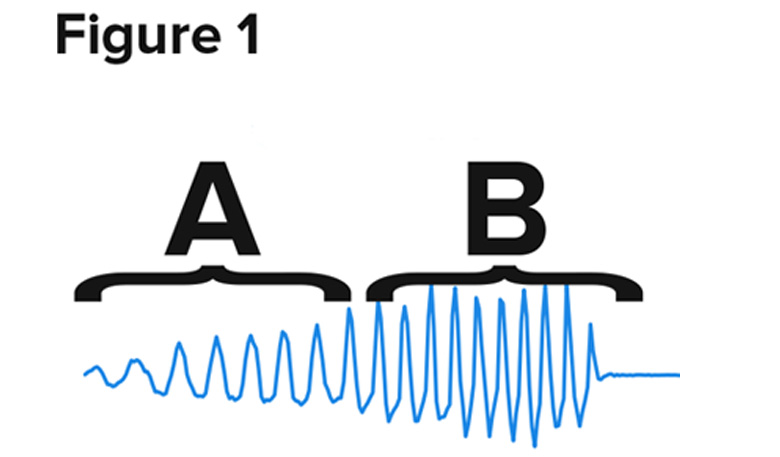 Waves can have a multitude of different appearances. Using the app, lets try to create data sets that can exhibit some of the traits that are used to describe different waves. Test out your knowledge of waves and their properties using the app with the section below.

Part 4: Conduct Your Own Seismic Investigation

Now that you’ve familiarized yourself with the app, let’s take an opportunity to conduct an investigation similar to the work the scientists have done with elephants.

IMPORTANT: Everyone MUST hold their phone the same way when recording their seismographic data, and they must use the same sensor for measuring their data (x, y, or z). This allows for easier comparison by reducing the number of variables in the type of movement.

Waves definitely can play a pivotal role in our everyday lives and can be used in a variety of new ways.

MS-PS4-1
Use mathematical representations to describe a simple model for waves that includes how the amplitude of a wave is related to the energy in a wave.

SEP3
Planning and Carrying Out Investigations

SEP7
Engaging in Argument from Evidence

Marna Eckels is a physics teacher at Dearborn STEM Academy in the Boston Public Schools. Before becoming a teacher, she worked as an engineer on projects ranging from artificial hearts to satellite communication systems. Her proudest moments in the classroom are when students are building engineering projects using their physics knowledge.

It’s a rock, it’s seaweed, it’s an...octopus? Using this hands on activity, learn how crafty cephalopods are well adapted to hide in an ocean full of predators.