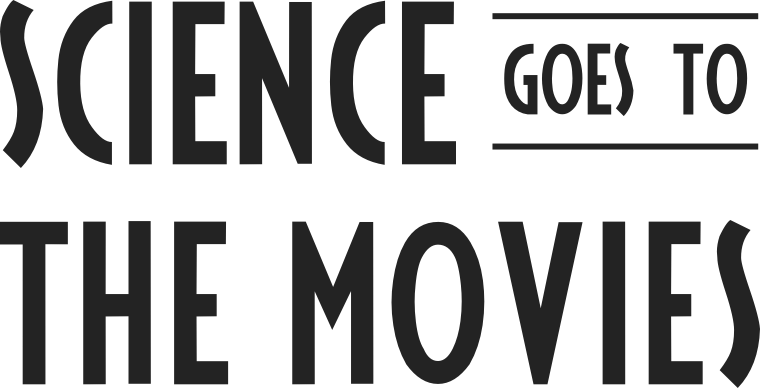 It’s not unusual for people to crowd into a theater to see a big blockbuster about science. But when’s the last time you saw people clamoring for seats for an educational film made by scientists? The answer is likely never.

But this was not unusual in the early 1900s, when film was an up-and-coming medium and science was capturing the public’s imagination.

This summer, the Museum of the Moving Image (MOMI) in Queens, New York, is highlighting science education films of the past in the new exhibit “Twitch, Pop, Bloom: Science in Action.”

SciFri producer Kathleen Davis speaks to Sonia Epstein, MOMI’s associate curator of science and film, about how these early videos and research went hand-in-hand at the dawn of cinema, and the historical significance of some of the videos in the exhibit.

Below: Will Epstein, Shahzad Ismaily, and Sarah Pedinotti perform a live, improvised score over “Lobsters” (1936). Used with permission from the Museum of the Moving Image. Credit: Nate Dorr

Mentioned On The Show:

Sonia Epstein is the executive editor and associate curator of science and film at the Museum of the Moving Image in New York City.

IRA FLATOW: It’s not unusual for people to crowd into a theater to see a big blockbuster about science or science fiction. Think about the successes of Jurassic World movies or any sci-fi disaster film. But when was the last time you saw people clamoring for seats for an educational film made by scientists? The answer is, well, maybe never.

But this was not unusual in the early 1900s when film was an up-and-coming medium and science was capturing the public’s imagination. Well, this summer our friends at the Museum of the Moving Image in Queens, New York, are highlighting science education films of the past. SciFri’s Kathleen Davis takes us into the new exhibit Twitch, Pop, Bloom– Science in Action.

SPEAKER 3: Tiny little things, like tiny toadstools, are sometimes to be found on dead wood or on decaying leaves. These little growths are called myxies.

KATHLEEN DAVIS: The narration describes what the viewer sees on screen, slime mold spores moving and grooving. At times, it veers into less scientifically accurate territory.

KATHLEEN DAVIS: Now, we know in 2022 that fungi are their own category of spore producing organisms, so not vegetable, animal or mineral. But all in all, the film is a really cutting edge and informative look at the reproduction of fungi. That’s especially cool considering it was released in 1931, just four years after the first talkie or movie with sound.

Magic Myxies is one of nine films you can see as part of Twitch, Pop, Bloom– Science in Action. The films in the collection were all released between 1904 and 1936. Sonia Epstein, the museum’s associate curator of science and film, is the brains behind the exhibit.

SONIA EPSTEIN: This was a time when scientists were really motivated by new technologies, including ones like the microscope and X-rays and things like that. But cinema fell into the realm of another tool for research. And they developed these, in some cases, ad hoc techniques to film things motivated by a desire to observe and understand and further their research.

KATHLEEN DAVIS: An example of that can be found in the film Motion Study of a Bullet Penetrating a Soap Bubble by Lucien Bull. It’s exactly what it sounds like. What’s incredible is that the film is more than 100 years old and still feels novel. And its impact went beyond the realms of science and film.

SONIA EPSTEIN: And what he discovered by filming it was actually that the soap bubble doesn’t burst until the bullet exits. So it enters it. And the soap bubble remains whole. And he went on to contribute to the study of ballistics during World War I, so really using the medium, if you will, as an essential part of research. And I think that is a lot of what makes these films feel so resonant or necessary because they were.

KATHLEEN DAVIS: Another film by Jean Comandon is called Agent de la Syphilis. The film is a microscopic look at the bacteria that causes syphilis. In 1909, this was groundbreaking work.

Syphilis was devastating. At the time, it was known as the third great plague. People with the disease could get massive sores, hair loss and permanent damage to the nose. Syphilis ruined lives. And scientists like Jean Comandon were desperate for an answer as to how it works.

SONIA EPSTEIN: He was looking at the bacteria that caused it and noticed through filming it that they moved in a very distinctive way, that they had this particularly wiggling motion. And so by discovering that and showing his film widely, they were able to come up with a new way of diagnosing syphilis, which was by looking at a blood sample. And if they could see this distinctive bacteria, then they could diagnose it at an earlier stage. And people could do things like isolate.

KATHLEEN DAVIS: Comandon’s desire to film bacteria led to the development of new technology, a camera that could film at a microscopic level.

SONIA EPSTEIN: It was hailed as this new innovation in medical research and also film technology. So it’s a really interesting time.

KATHLEEN DAVIS: Sonia says one of the most interesting things about these films is that they weren’t just made for the scientific community. They were educational films meant for a general audience. These movies would be shown not just in cinemas but in libraries and other venues in town for the masses.

The exhibit features a wall of photos and newspaper clippings related to the films. One article from The New York Times bears the headline “Microbes Caught in Action.” There are also marketing materials drumming up excitement for the opportunity to learn about science in a theater.

SONIA EPSTEIN: There’s a term that comes from people who study the history of film called a cinema of attractions. And that’s a term that applies to, I would say, a lot of the films in this exhibit where people were also coming to see film not for necessarily the story that it would tell but to see the magic of cinema. And these science films really showed that. I mean, they were showing bacteria that was living under the skin. When else can you see that?

KATHLEEN DAVIS: With this exhibit, Sonia wants to give people the chance to see these films the way they were meant to be seen; in public with other people who want to learn. Twitch, Pop, Bloom– Science in Action runs through July 17 at the Museum of the Moving Image in Queens. For Science Friday, I’m Kathleen Davis.

IRA FLATOW: Thank you, Kathleen. And, hey. If you want to see a more modern video about slime molds, we have a great one up there on our website, sciencefriday.com/momi. That’s M-O-M-I. You can also see pictures of the exhibit at that link.

Copyright © 2022 Science Friday Initiative. All rights reserved. Science Friday transcripts are produced on a tight deadline by 3Play Media. Fidelity to the original aired/published audio or video file might vary, and text might be updated or amended in the future. For the authoritative record of Science Friday’s programming, please visit the original aired/published recording. For terms of use and more information, visit our policies pages at http://www.sciencefriday.com/about/policies/

The Science of the Silver Screen

Science Friday headed to the movies!

We gather a panel of space experts to discuss the new movie. Plus, what are the stories that Hollywood could tell about space that we haven’t heard yet?