WARNING Graphic Content: The videos and images below contain graphic documentation of  real life, rotting human and animal corpses that may be disturbing to a younger audience.

A forensic scientist enters a crime scene and sees some flies, maggots, and a few beetles on and around a dead body. She immediately begins collecting them. Why? Because these insects can help investigators solve crimes! 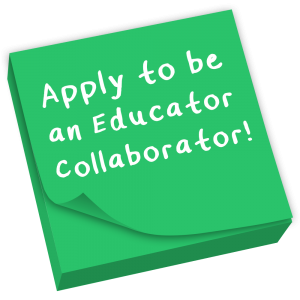 The type and ages of insects found at a crime scene can help investigators determine how long a body has been lying there, for instance, and if the victim had taken any drugs, medications, or poison before death.

Our understanding of the clues that insects can provide about a crime scene comes from research done at facilities called body farms. At these facilities, forensic scientists study how bodies decompose, and forensic entomologists study the insects that contribute to that decomposition.

In this activity, you will create your own mini-body farm to attract insects to a “corpse” (in this case, a piece of meat). Over the course of a week, you will observe the number and types of insects that arrive at your corpse. You’ll use that data to explore how crime scene conditions affect the decomposition of a corpse.

How do you use insects to solve crimes?

Anne Perez is a forensic entomologist and a lecturer at Ohio University, and she has intimate experience studying what insects can tell us about a dead body. In the following interview with Science Friday, Perez describes how forensic entomologists use insects to help them solve crimes. Listen to the audio clip below.

What does Perez’s job entail?

What is a body farm?

Body farms are research facilities where scientists study the decomposition of human remains in different types of settings. There are about a half-dozen in the United States and a few in Australia, with more planned in other countries.

One challenge to setting up a body farm is finding secluded fields away from densely populated areas so that the bodies won’t be disturbed. Another challenge is where to obtain corpses. While most body farms rely on human remains that have been legally donated, many use pigs because of their similarity in size and composition to humans. Anne Perez discusses body farms with Science Friday in the interview below.

This video shows the kind of research that can be done at Texas State University’s Forensic Anthropology Research Facility, a body farm located in San Marcos, Texas. You won’t be studying vultures like the forensic science students in this video do, but you will be inspecting insects!

If you want to learn more about Texas State’s body farm, check out its website, and watch this video.

Insects, and especially flies, are attracted to the scent given off by a decomposing body soon after death. The most common insects you’ll find at a body farm are blow flies and flesh flies, either as “maggots” (their larval stage) or as adults, although you might also encounter beetles and other types of insects, too. Of the blow flies, one common visitor is the green bottle fly, an iridescent insect that you’ve perhaps noticed buzzing around trash cans.

What conditions affect the kinds of insects you see at a crime scene?

You will create a mini-body farm and investigate the types and ages of insects that are attracted to different simulated crime scenes. Pieces of meat or liver will serve as stand-ins for corpses. As Anne Perez mentioned, the microclimate of a crime scene affects insect turnout. Depending on the environmental conditions of the area, insects might have a difficult time finding the “corpses” in your body farm.

Before you start the experiment, you should decide where your body farm will be located. Depending on the crime scenes you study, you will need to choose both a sunny area and a shady area.

Tip: Conduct this experiment when insects are most active—that is, when temperatures are above 60°F during the daytime, and there’s little to no rain.

*Whether or not you need this item depends on the crime scene scenario(s) you choose.

Raw meat can pose a health risk. Be sure to wash your hands before and after the experiment, and wear latex or nitrile gloves when assembling the body farm and inspecting the cups.

Setting Up the Mini-Body Farm

The green bottle fly is found in most tropical and temperate regions around the world, and it’s often one of the first insects to arrive at a corpse. Scientists have studied the life cycle of green bottle flies and have a good understanding of how environmental variables like temperature affect its rate of development.

Fly development is similar to that of a butterfly. The egg stage is followed by the larval stage, then the pupa, and finally the adult emerges. Scientists can determine how temperature affects fly development by raising maggots in incubators in the lab, where they can control the temperature. Take a look at the Number of Days of Development data below. Notice how long it takes a maggot to develop into an adult in cool, warm, and hot conditions.

Check out the status of your body farm specimens.

Warning: As the days go by, the body farm will smell like rotting trash, so you might want to breathe through your mouth instead of your nose. Sometimes you have to sacrifice a little for science!

It is okay to gently move any plant material or soil using forceps or plastic utensils to check the surface of the meat, and then return the covering. If you wrapped the meat in plastic or fabric, leave the meat wrapped and only observe insects outside the wrapping.

Disposal: Cups, meat, and all wrappings should be placed in an outdoor trash receptacle secured from scavengers.

Once all of the control and crime scene conditions have been examined, look for patterns.

Did your results match those of the experts?

The videos below contain images of rotting human corpses that may be disturbing to a younger audience.

Extension: How to Calculate the Time of Death

Maggots found at a crime scene can help forensic entomologists determine how long a corpse was there. To understand how, let’s take another look at the Green Bottle Fly Life Cycle to see how long it takes a larva to develop at 70°F into an adult.

Now let’s revisit the black blow fly graph. The graph shows that it takes longer for a black blow fly to develop into an adult when temperatures are cooler than when they’re warmer.

Why does temperature matter? First, insects can only develop if the temperature is above a certain threshold, which varies from species to species. And then to grow from one stage in its life cycle to the next, an insect requires a certain amount of thermal energy, or heat.

Calculating the thermal energy for a given stage of growth entails multiplying the temperature by the time the insect was exposed to that temperature. Because the temperature outside is always changing during the day, scientists use the average daily temperature for this calculation.

The total amount of thermal energy that an insect requires to reach a given stage of its life cycle is referred to as the accumulated degree hour (ADH). Scientists have determined ADH values for many species of fly that can be found on corpses.

If forensic entomologists can determine the life stage of maggots on a corpse at a crime scene, they can estimate how long the body was there. But it’s sometimes hard to figure out life stage just by looking at maggots. Instead, scientists collect the larvae and transfer them to temperature-controlled incubators in the lab. There, they let the maggots develop into adults.

Using your local weather conditions, you can estimate the age of fly larvae found in your body farm.

How to do ADH Calculations

Let’s practice by starting with ADH calculations for the green bottle fly using the Accumulated Degree Hour Data Sheet and the sample calculations below.

Calculate the Age of Your Body Farm Maggots

Before beginning, look up the average daily temperatures at your location during the week of your investigation here.

*Although you may have a different local species of fly at your body farm, this exercise does provide good practice for determining life stage.

Illustrations in this resource were created by Ari Tiziani for Science Friday.

Jennifer O’Brien is a teacher and the Global Studies Program Director at the Watkinson School in Hartford, Connecticut, where she has taught science since 1998. She’s a proponent of labs, field trips, and hands-on learning in lieu of standard lectures, and encourages her students to make connections between science and matters of social and environmental justice whenever possible.

Fossilization And Decay At The La Brea Tar Pits

Using the La Brea Tar Pits as inspiration, look at the conditions that affect fossil formation.