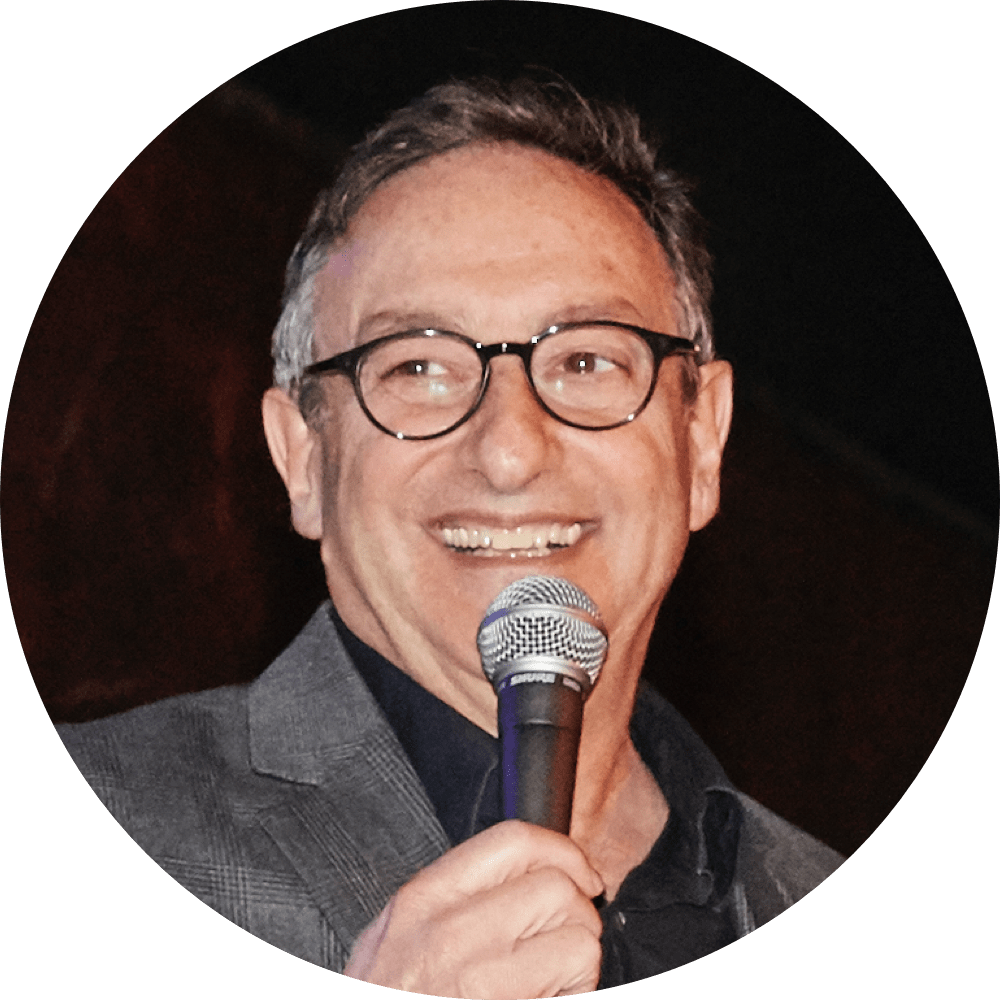 This week, Science Friday celebrated 30 years on the air! But there is more work to and more research to be explored. By making a gift, you help us prepare for our future and protect us from uncertainty.

Your support makes a difference. Make a donation today, celebrate our 30-year history and be a champion of the next 30 years ahead!

Thank you,
Ira Flatow and the Staff and Board of Science Friday

Do you want to go back in time with SciFri? Sign up for the Science Friday Rewind newsletter to get more never-before digitized stories and audio bites from our archives!

On Friday, November 8, 1991, science journalist Ira Flatow sat down in a WNYC radio studio behind the host’s microphone and introduced a show that would continue to air every Friday for the next 30 years. Its premise was simple: Bring leading experts and the general public together in animated conversation about science—the kind of chatter you might find enlivening a party with friends.

But the subjects at hand weren’t centered around sports or politics. Instead, the two-hour show dove into the most important research headlines of the week: a recently released environmental report on ozone depletion and a new light on the ongoing HIV/AIDS crisis.

“I wanted to make science a conversation around the dinner table,” Ira recalls. “No show like it had existed, and I thought it was time to start one.”

With initial funding from the National Science Foundation, the new science show was built into the Friday time slot of NPR’s Talk of the Nation in 1991, a five-day a week program that focused on the latest news and current events. The show became a regular part of the weekly radio news, with Ira speaking the now-familiar opening phrase we continue to hear decades later:

In the debut broadcast in 1991, the first hour of the show demonstrated that science was a critical part of the newscycle. Atmospheric scientists and chemists—including F. Sherwood Rowland, who would later win the 1995 Nobel Prize in Chemistry—discussed an alarming report of a hole growing in the Earth’s protective ozone layer, largely caused by chlorofluorocarbons, or CFCs, commonly found in propoellant and spray cans. The conversation was emblematic of the new and rising concern about the effects of global warming—what would foreshadow SciFri’s emphasis on fundamental research and understanding human’s role in our changing climate.

In the second hour, the discussion set a precedent for the show’s effective science communication, showing the public how research and science is intimately intertwined with culture and society. Public health experts spoke about pro-basketball player Magic Johnson’s announcement that he tested positive for HIV/AIDS. Johnson’s diagnosis shocked the nation, and marked a critical moment in the public’s perception of the endemic. The dialogue ignited a divisive debate over sex and sex education—and pushed people to rethink stigmas of disease.

Throughout the two hours, excited listeners called in—impassioned and eager to talk about science. These voices became key to the show’s identity.

Since then, Science Friday has evolved into a 30-year conversation—a living record of how we talk, think, and feel about science. The show has connected the public to the people behind the latest discoveries in science and technology, and is intentionally wide-ranging. At this on-air “dinner table,” you might hear about a mission to explore Mars robotically, a newly discovered fossil that challenges ideas of human evolution, or a stage play about the implications of climate change.

Over the last three decades, we’ve conducted at least 9,000 interviews with scientists, researchers, artists, policymakers, educators, and children. The topics we’ve covered and the guests we’ve invited on the show have changed to better represent the diversity of science, scientific research and scientific methodology in the U.S. and around the world.

Today, as an independent show, the editorial approach and structure of the program is a reflection not only of how research has progressed, but how people’s attitudes towards science have changed. In this special edition of SciFri Rewind, take a journey through 30 years to hear the voices that have made Science Friday beloved to listeners everywhere.

We’ve had many incredible guests who have made us pause and reflect. Over the years, they’ve captured our curiosity and taken us to unimaginable places—from the darkest depths of the ocean to the furthest reaches of space. Listen to some of the scientists who have moved and inspired us, and pushed us to think more deeply about ourselves and the world around us.

So much of Science Friday’s identity is shaped by audience voices. Whether by phone, email, social media, or the SciFri VoxPop app, listeners have chimed in with their experiences, thoughts, questions, and arguments. Your messages have surprised us and made us laugh—and, importantly, have challenged scientists to look at their work in a different light.

Unpacking The Process Of Science

The show has allowed us to follow how researchers’ approach to science has changed over time. We’ve heard from scientists who have not only spurred a dialogue about the role of science in society, but guided listeners through the realities of the scientific process and helped build a public understanding of how science actually works. Our guests have shown us that science is a human endeavor—and we’ve been able to follow that journey as perceptions change.

Archival interview excerpts have been edited for length.

How The Age Of Mars Rovers Began

Perseverance is the fifth rover to land on the Red Planet. NASA scientists remember Mars Pathfinder's Sojourner—the 90s experimental endeavor that started it all.

Earth Day And The Evolution Of The Environmental Movement

From the first Earth Day in 1970 to today’s youth climate strikes, researchers and activists look back at the decades-long fight for a healthy planet.