With more time at home over the last year, many people have experimented with baking sourdough bread. In new work published in the journal ELife, researchers are taking sourdough science to a new level. The team collected and genetically-sequenced 500 sourdough starters sent in by bakers on four different continents to try to draw a map of their microbial diversity.

A sourdough starter culture contains a microbial community made up of both yeasts and bacteria. As the starter is fed and grows, those microbes ferment the carbohydrates in flour, producing the carbon dioxide gas that makes the bread dough rise. Over the years, a mythology has grown up around sourdough—that certain places have special types of wild yeasts that are particularly suited for breadmaking. However, the researchers found that on a global level, it was hard to tell the microbes in Parisian bread apart from those found in San Francisco or elsewhere. The differences in the starter culture seemed largely to be based on specific conditions within each bakery kitchen, and how the starter is grown and maintained.

Erin McKenney, one of the authors on the report and an assistant professor of applied ecology at North Carolina State University, joins SciFri director Charles Bergquist to slice into the bread study, and explain the team’s findings. 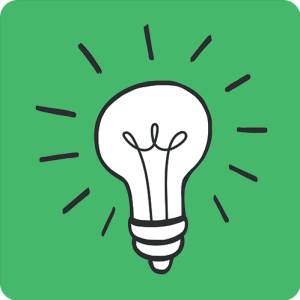 Intrigued? Make your own sourdough starter, and contribute your sourdough observations to the Global Sourdough Project! There’s even a resource for teachers, where you can contribute student findings to Sourdough for Science on SciStarter.

IRA FLATOW: What new hobby or interest have you taken up by spending so much time at home? Well, for me, it was sourdough bread making. I wanted that bread with that San Francisco sourdough taste. You know, it involves making a starter in the place of that store bought yeast. So when Sci-Fri’s Charles Bergquist mentioned some new research looking at the yeast and the bacteria in the starter’s microbiome, I needed to hear about it. Hey, Charles.

IRA FLATOW: You know, I love it. No two loaves are ever the same. And they’re very tasty.

CHARLES BERGQUIST: So I’m sure you’re familiar with the legend of San Francisco sourdough.

IRA FLATOW: Yes, who is not? And who has not tried to make the sourdough taste just like the San Francisco bread? The starter, some people say, was started back in the Gold Rush days. That’s 1849, something like that.

CHARLES BERGQUIST: And people claim that they have kept their starter going for over a hundred years. And yes, there’s this thing about the sourdough from San Francisco having a distinct flavor, due to the legacy of its starter microbiome.

IRA FLATOW: And I have always wondered about that. Is it true?

CHARLES BERGQUIST: Well, researchers decided to map out what around the world was making people’s bread rise, to try and get a sense of the sourdough microbiome around the world. And I asked one of them, Dr. Erin McKenney, an Assistant Professor of Applied Ecology at NC State University, about how different sourdough was from place to place.

DR. ERIN MCKENNEY: There’s a tremendous amount of variability. In a nutshell, we collected some 500 starters from folks living on four different continents. Everybody thinks that their location matters. And what we found is, at least at a global scale, where you live doesn’t really make a significant difference to the microbiology of your sourdough starter.

CHARLES BERGQUIST: So you collected stuff from all over the world. How did you get a hold of 500 different bread samples?

DR. ERIN MCKENNEY: We sent out a survey, you know, tell us about your sourdough starter. We had a thousand people return that survey. And what we thought initially might be a sentence or two responses, you know, why do you bake, why do you keep a starter, actually was paragraphs of these really intimate narratives of the emotional importance and the long-term investment in these starters, which really gave us a window to these communities of practice and the motivation and the experience of these bakers.

In fine print at the bottom, we said, and if you want to share some of your starter, send us a sample in the mail. And usually, if you ask from survey respondents or something, the return rate on a community science project with public engagement, if you get 10% response, you’re really lucky. Over 50% of the people who completed the survey sent us samples. So that’s how we got 500 starters.

CHARLES BERGQUIST: Were there ones that had just amazing legacy stories? This was my great-great-great aunt’s or something like that?

DR. ERIN MCKENNEY: Yeah. So the majority of the starters that we collected were, quote, unquote, young, like under 50. But we did have a number that were over a hundred years old. And we had a few that were over 200 years old. So not just your great-great-great aunt, but this was originally from Russia and was brought over by ancestors. These are the heirloom pets that outlive you.

CHARLES BERGQUIST: And then, you took all of these pets and sequenced the genomes of the mix of things that was in them?

DR. ERIN MCKENNEY: Yes. We sequenced the bacterial genes and the yeasts. Across that global data set, we found, say, 70 types of yeasts that show up in sourdough starters from across the entire world, or from across the entire four continents where we sampled. But any one given sourdough starter tends to be dominated by one type of yeast. So it’s a tremendous amount of variability from starter to starter. And it’s not predicted by geography.

CHARLES BERGQUIST: So I couldn’t hand you a sample of starter and you would say, oh, this is clearly from St. Louis?

DR. ERIN MCKENNEY: I don’t know that I could give you the forensic, this was the origin.

CHARLES BERGQUIST: So in my personal starter, there’s just one kind of yeast hanging out in there? I always thought it was a wild mix of things.

DR. ERIN MCKENNEY: Yeah. There’s generally one, maybe two that dominate like 90% of what’s in there.

DR. ERIN MCKENNEY: Yeah. You might have some other types, but they would be very rare.

CHARLES BERGQUIST: Interesting. So I have a starter that’s supposedly the child of my mother-in-law’s starter. And we live maybe 30 miles apart, general same climate and everything. But her bread always has just much more sour doughiness than mine. What’s going on there?

DR. ERIN MCKENNEY: The way that you keep and maintain your starter could contribute to some differences in the way that it behaves and then the aromas that it produces compared to another, maybe a sister or a mother starter. It could also depend on if you kept your house at a very different temperature.

You could have starters that originated from the same jar, but if one is kept on the counter or one is in the fridge, again, these are human control factors that, in the global data set that we analyzed, really didn’t account for a lot of variation.

But they added a little bit of difference between these different starters. So at a smaller scale, if you’re comparing just two starters, then it could have something to do with the way you keep your house or the flour that you feed it or even the differences in the microbes that are on your body versus her body.

CHARLES BERGQUIST: So it might not be so much the land around your kitchen as the land on the cook’s bodies.

DR. ERIN MCKENNEY: Yeah. If you think about similar climate, but we all live in glorified caves, right? We’re keeping our starters inside for the most part. So those environmental similarities outside of your house really might not have as big a role in your sourdough’s life and ecology as the conditions specific to your house.

CHARLES BERGQUIST: This is Science Friday from WNYC Studios.

In case you’re just joining us, I’m talking with Erin McKenney of NC State University about building a global map of microbial diversity in sourdough starters. Where do you go from here? What do you want to know next?

DR. ERIN MCKENNEY: Seeing the full community is great. I always want to know how the community is formed. So I’ve been asking a lot of questions about the first 14 days of the starter’s life. I also– I keep imagining where’s one of the wildest applications or largest scale, what could happen with this?

I think about brewers, how you can walk into a brewing supply store and say, I want to make a clone of this beer and they’ll say, here’s the recipe. You use these types of malts and barley and this variety of hops and this strain of yeast. I don’t know.

Part of me kind of dreams about, if you can’t guarantee that there’s a sourdough terroir, then maybe we have a baking supply store in the future where you say, I want to make this type of bread. And at some point, maybe we understand enough either to say, OK. Inoculate. We won’t just have packets of bakers yeast, but maybe specific blends of microbes, bacteria as well or a diversity of yeasts.

For now, I would hope that this would empower us, short-term, to trust the microbes and to really lean into learning about what makes our individual starter happiest and feeling empowered to experiment in our own kitchens.

CHARLES BERGQUIST: Interesting. Dr. Erin McKenney is an assistant professor in the Department of Applied Ecology NC State in Raleigh, North Carolina. Thanks so much for taking the time to talk with me today.

DR. ERIN MCKENNEY: Absolutely. Thanks for having me.

As Science Friday’s director, Charles Bergquist channels the chaos of a live production studio into something sounding like a radio program. Favorite topics include planetary sciences, chemistry, materials, and shiny things with blinking lights.

How gluten-free flours affect bread structure and how to keep your sourdough starter happy.

Following The Burnt Crumbs To The Rise Of Bread

By analyzing bits of burnt bread, scientists determined that breadmaking may pre-date the agricultural revolution.