We’re extremely pleased to present to you the third cohort of the Science Friday Educator Collaborative Program. We’re excited to be able to once again publish resources created by some of the most innovative teachers in the country!

Science Friday started the Educator Collaborative in 2016 as a way to share novel approaches to STEM (science, technology, engineering, and math) education with a broad educator audience. Our third cohort of seven experienced educators were selected from hundreds of applicants based on their exceptional approaches to STEM teaching and enthusiasm for incorporating current scientific research into their curricula.

Applications for 2019 cohort are open now! You can click on the green notepad at the top of the page or click here to go straight to the application.

For the past several months, these educators have worked hard with one another and Science Friday staff to design and refine educational resources inspired by the scientists and engineers featured in Science Friday media. The end result of months of work is a treasure trove of engaging classroom resources that bring complex topics to students in a variety of ways. All of the resources created are free to be used as you’d like and to be shared with your colleagues and students.

This year, you can look forward to:

Each resource was developed by experienced teachers from all across the country with the goal of engaging students’ critical thinking skills on current scientific topics.

Science Friday is incredibly happy to introduce you to this year’s cohort—and their amazing resources. 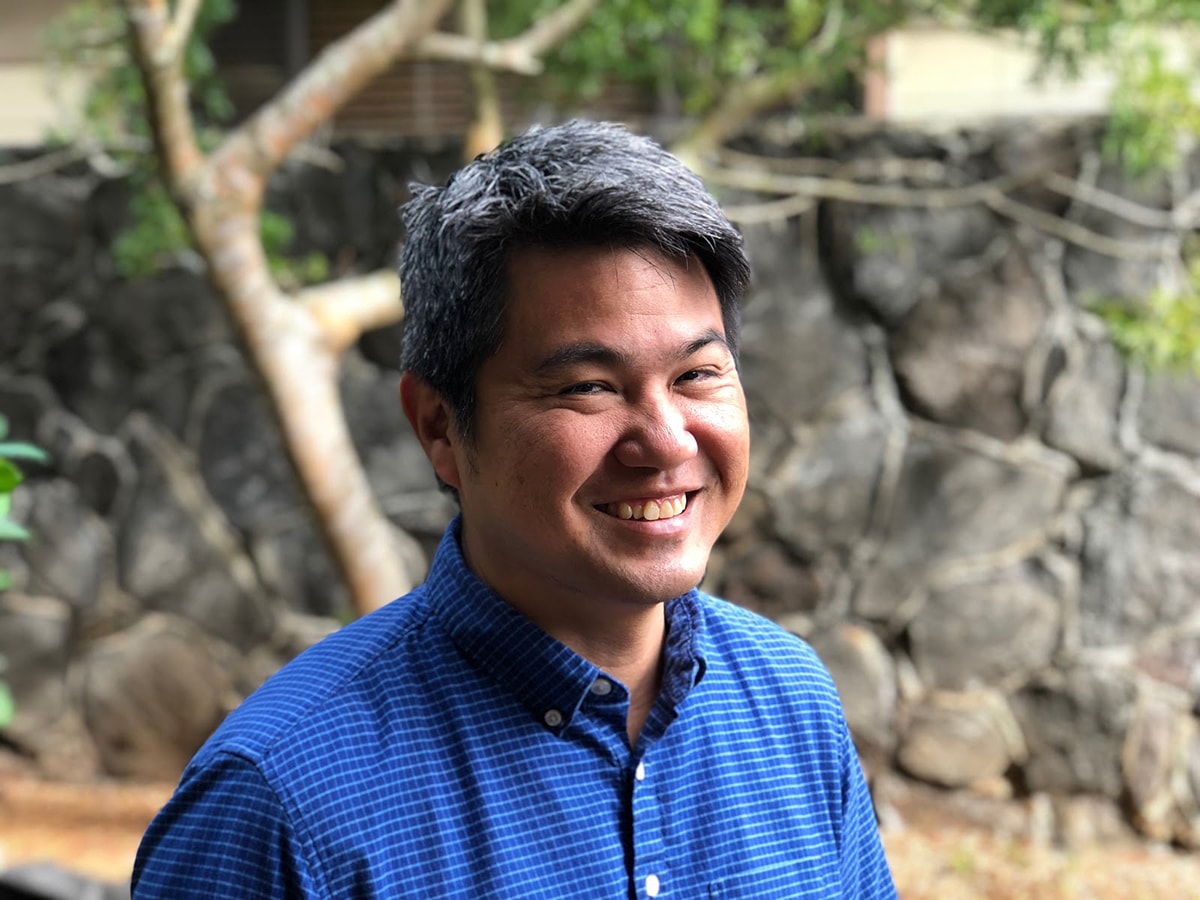 Randy is currently an elementary school special education teacher and robotics coach for Wahiawa Elementary School in Wahiawa, Hawaii. He has a passion for STEM education and implements interactive and engaging lessons, such as using Minecraft to model the cardiovascular system or creating scale model solar system orbital paths. He was voted Teacher of the Year for his school in 2015.

Prior to teaching, Otaka worked as an acupuncturist for 10 years, addressing primarily musculoskeletal disorders. He still treats patients when his schedule permits and continues to teach courses on point location and point combinations.

Otaka is also a prolific author of short stories. One of his proudest moments was when he read a story he’d written on  Hawaii Public Radio—a semi-autobiographical story about infatuation, recollection, and acceptance, told through acupuncture points and the skin of a cicada.

Otaka has always found biology and chemistry fascinating. As a child, he collected animal cards in the mail and loved going to the beach to search for sea creatures he’d read about. He also had a children’s chemistry set with which he conducted unauthorized and inappropriate experiments. Still, he does not consider himself an expert or authority on anything scientific—rather, he likes to think of himself as an eternal amateur and enthusiast, ceaselessly amazed by the world around him. In his role as teacher, he would like to impart to his students the same sense of curiosity, wonder, and fun that he feels whenever he learns about science.

Randy happily lives with his wife, two children, and dog in his hometown, Mililani.

[Are you a STEM educator? Grab a cup of coffee and join us in SciFri’s Educator’s Lounge on Facebook!] 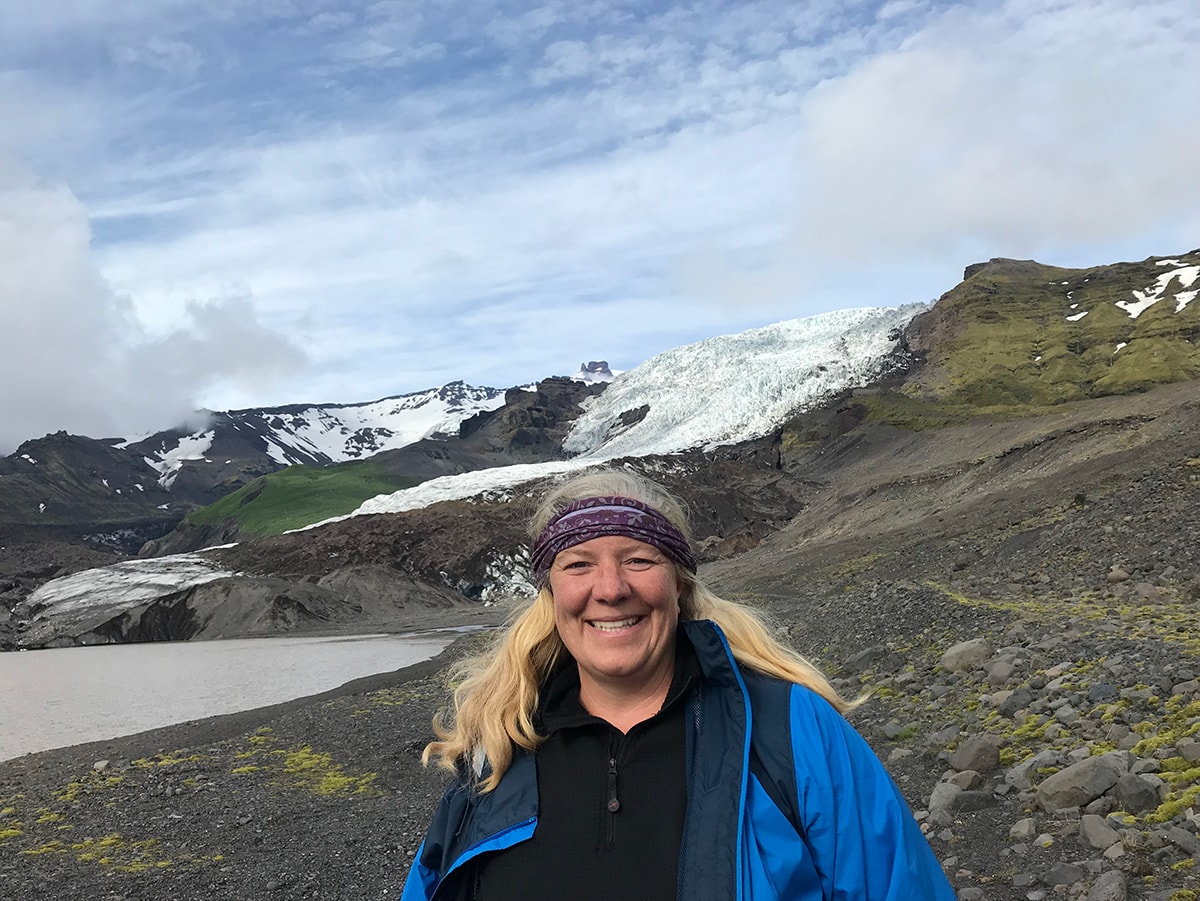 Katie Brown is a science educator both in middle school and high school classrooms at Le Jardin Academy in Kailua, Hawaii. When she’s not launching potato cannons or model rockets from the field behind her classroom, she can be found leading a group of teenagers in search of moose calves on the Allagash River of northern Maine. She believes that science is everywhere and is determined to explore it all with her students.

Brown has worked in science education with students ranging from kindergarten through college, but her true passion is exploring science out in the world. She is currently teaching middle and high school science at Le Jardin Academy in Kailua, Hawaii where her students use the design cycle to engineer solutions to problems they see in their community. Their latest projects involved developing prototype solar boats to transport goods across the Pacific Ocean, testing methods for soundproofing a new band room, and designing and building brand new instruments for a middle school band.

During the summer, Brown brings her love for science to the backcountry of Maine and New Hampshire where she leads wilderness trips at Wyonegonic Camps. She is passionate about science and wilderness and loves the opportunity to share these passions with her students. 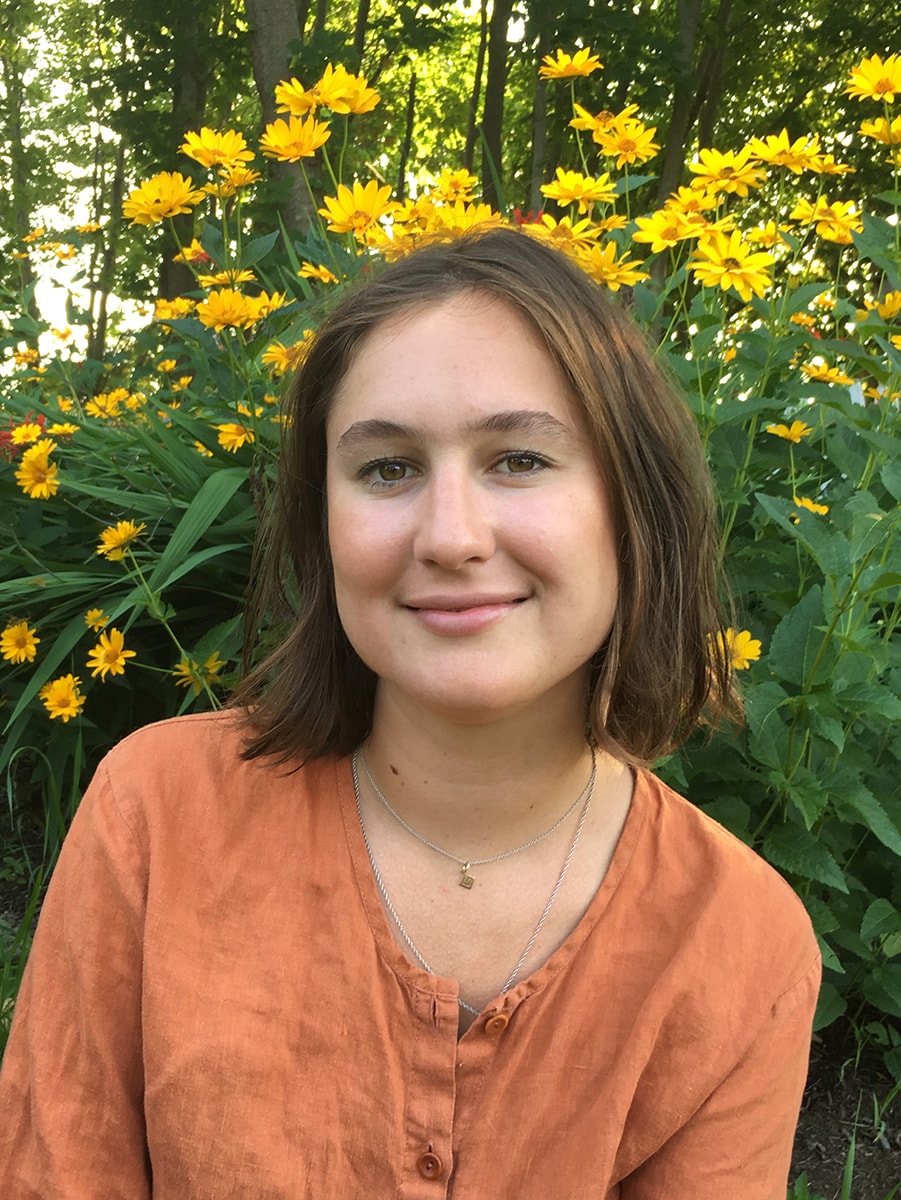 As the New York Aquarium’s outreach coordinator, Molly Adams designs and delivers hands-on marine conservation programming to New Yorkers throughout the city’s five boroughs. When she’s not writing inquiry-based curriculum she can be found hanging out with horseshoe crabs, leading climate change conversations in classrooms, and taking bird surveys with students along the Hudson River.

Adams is also the founder of the Feminist Bird Club, which held its first bird walk in Brooklyn in October 2016 and was recently featured in the New York Times. This club acts as a safe way for birders of all backgrounds and gender identities to get outdoors in urban areas while fundraising for basic human rights. There are now chapters in Boston, Chicago, and Buenos Aires—with more in the works.

In her spare time, she enjoys voluntarily waking up at 3 a.m. to band birds for conservation science, being outside as much as possible (especially on or near an ocean), and hanging out on the fire escape with her abnormally beautiful cat, Rocky. 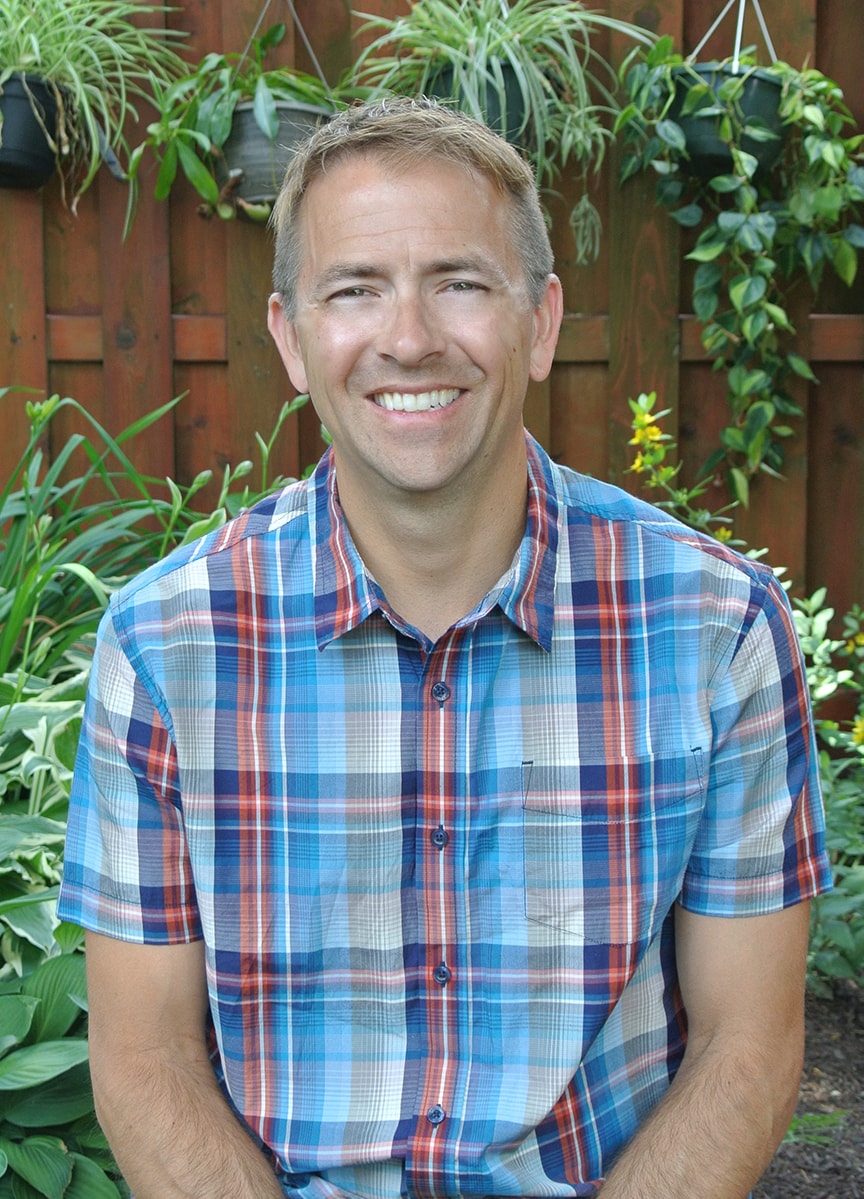 Jeff Grant is a biology and anatomy teacher at Downers Grove North High School in Downers Grove, Illinois, where he’s taught for the last 15 years. He eats, sleeps, and drinks science and is always looking to share his passion with anyone who will listen.

Grant fully believes in providing authentic science educational experience—one in which students collect real data, learn about natural patterns, interact with local scientists, and learn how to design their own experiments. He partners with the Morton Arboretum, collaborates with scientists from Rush University and Argonne National Laboratory, and has a deep desire to bring in the latest scientific knowledge to his students.

Grant’s love of science goes back as far as he can remember. He has a bachelor’s degree from DePauw University focusing on biology and chemistry, two master’s degree from Aurora University, and is a National Board Certified Teacher. If he isn’t trying to create new materials for students, like his two books An Illustrated Guide to Biology and An Illustrated Guide to Chemistry, he is at local and national conferences talking about teaching science. He has received the Golden Apple Teaching Award, the PASCO STEM educator award, and is a finalist for the Presidential Award for Math and Science Teaching.

When he isn’t reading about science and science fiction—or training his two daughters and wife to be science dorks as well—Grant is outdoors discovering nature. One of his favorite activities is to make mental phenology reports on his daily long runs through the forest preserves.

How To Be A Vibration Detective 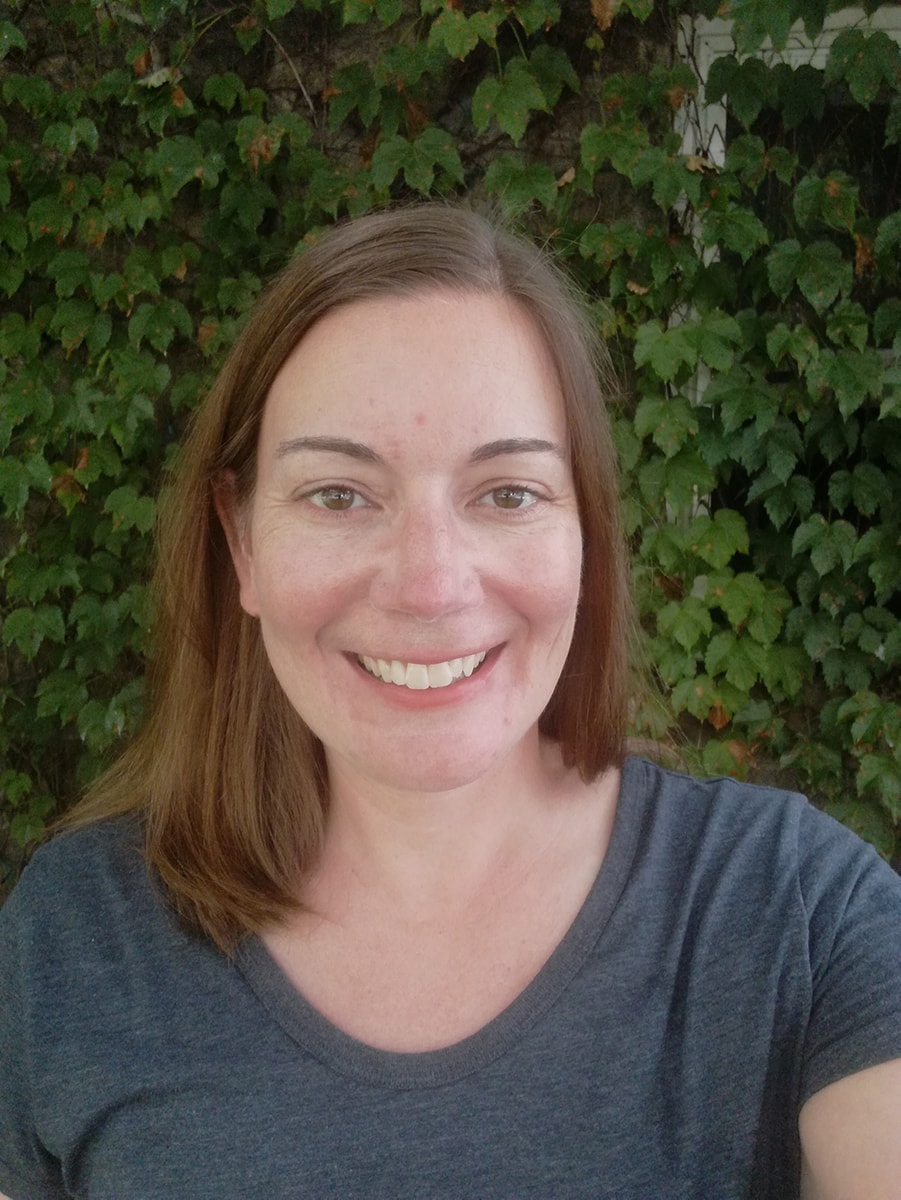 Marna Eckels is a physics teacher at Dearborn STEM Academy in the Boston Public Schools. Before becoming a teacher, she earned a bachelor’s of science in electrical engineering at Boston University and worked as an engineer on technical projects including an implantable artificial heart, satellite communication systems, and airfare search engines. She then earned a master’s of education. through the Boston Teacher Residency program, and has been teaching physics, math, and engineering since 2010.

Her proudest moments in the classroom are usually when students are building engineering projects using their physics knowledge. Some of her favorite projects include cardboard pinball machines to demonstrate forces and acceleration, light bulb powered cupcake ovens to demonstrate heat transfer, and “electric art” paintings with embedded lights of different brightnesses for series and parallel circuits.

Eckels is an enthusiastic bicyclist, riding her bike to work when the weather is good and sometimes when it is not. With her husband, she has taken a dozen bicycle tours traveling by pedal power across chunks of the United States, Canada, and Europe. She recently learned to balance on her bike without hands. 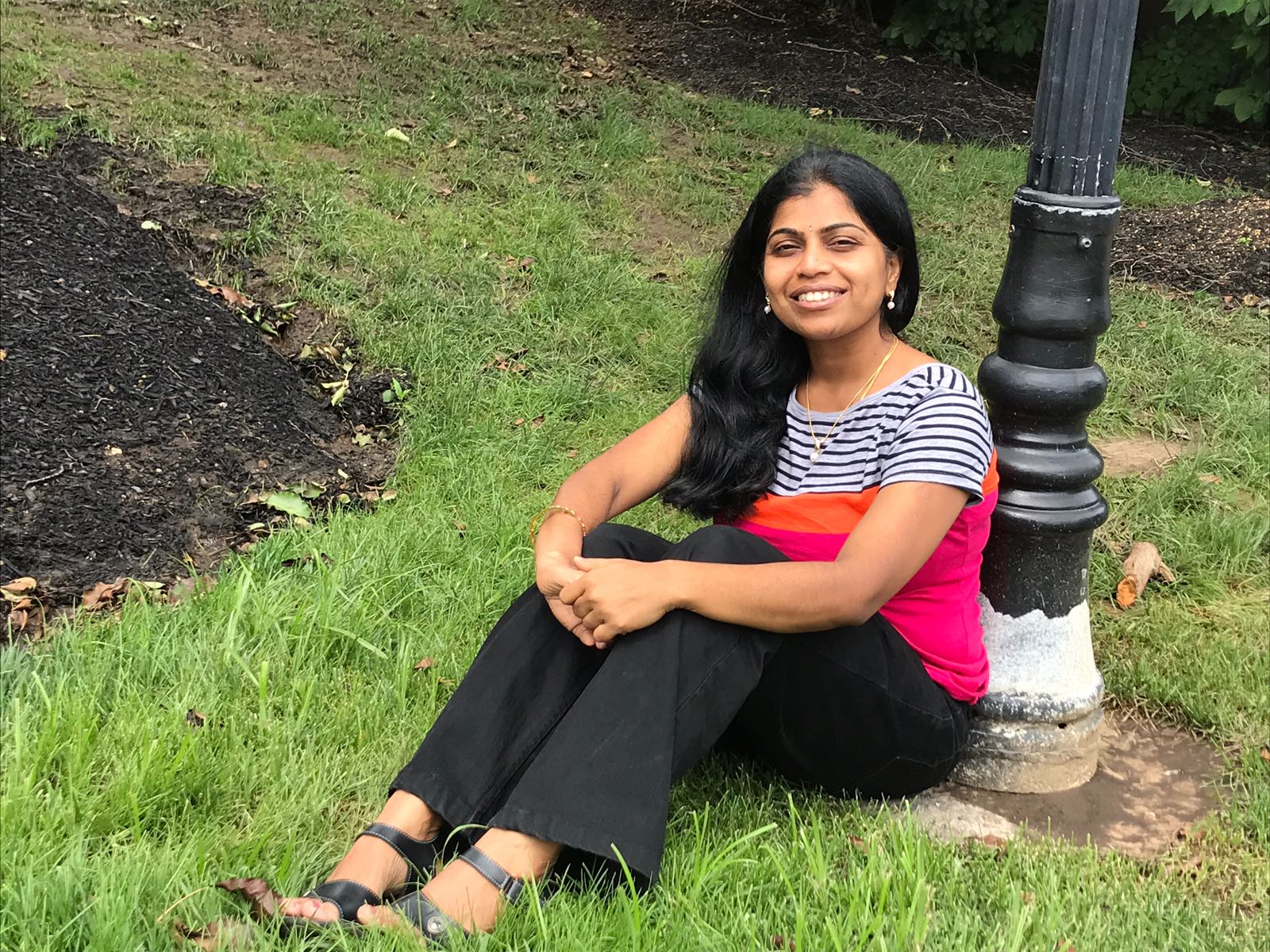 Srividhya Sundaram is a STEM teacher for grades 6, 8 and 10 and the science department chair at the Joseph Kushner Hebrew Academy in Livingston, New Jersey. An enthusiastic educator for 15 years, she believes in learning by discovery and enjoys the infinite possibilities brought forth by young minds each day. With a tremendous love of learning, she inspires a passion to discover the world around us by experimenting, by asking questions, and by making connections to relevance in real life. Sundaram designs her learning environment to ignite, to develop, and to sustain creative thinking in her students.

Sundaram has a bachelor’s degree in science and a master’s degree in educational leadership. She later joined NASA’s Endeavor program and was certified by NASA as STEM Teacher Leader.

After school, she enjoys robotics and tinkering as a hobby. She describes her biggest strength as her willingness to collaborate with her peers and to co-learn. She believes in developing a good rapport with her students and helping them find their strengths so that they could believe and value themselves. Sundaram won the Jerry Gottesman Award for Teaching Excellence, Professional Learning, and Community Collaboration in 2017. 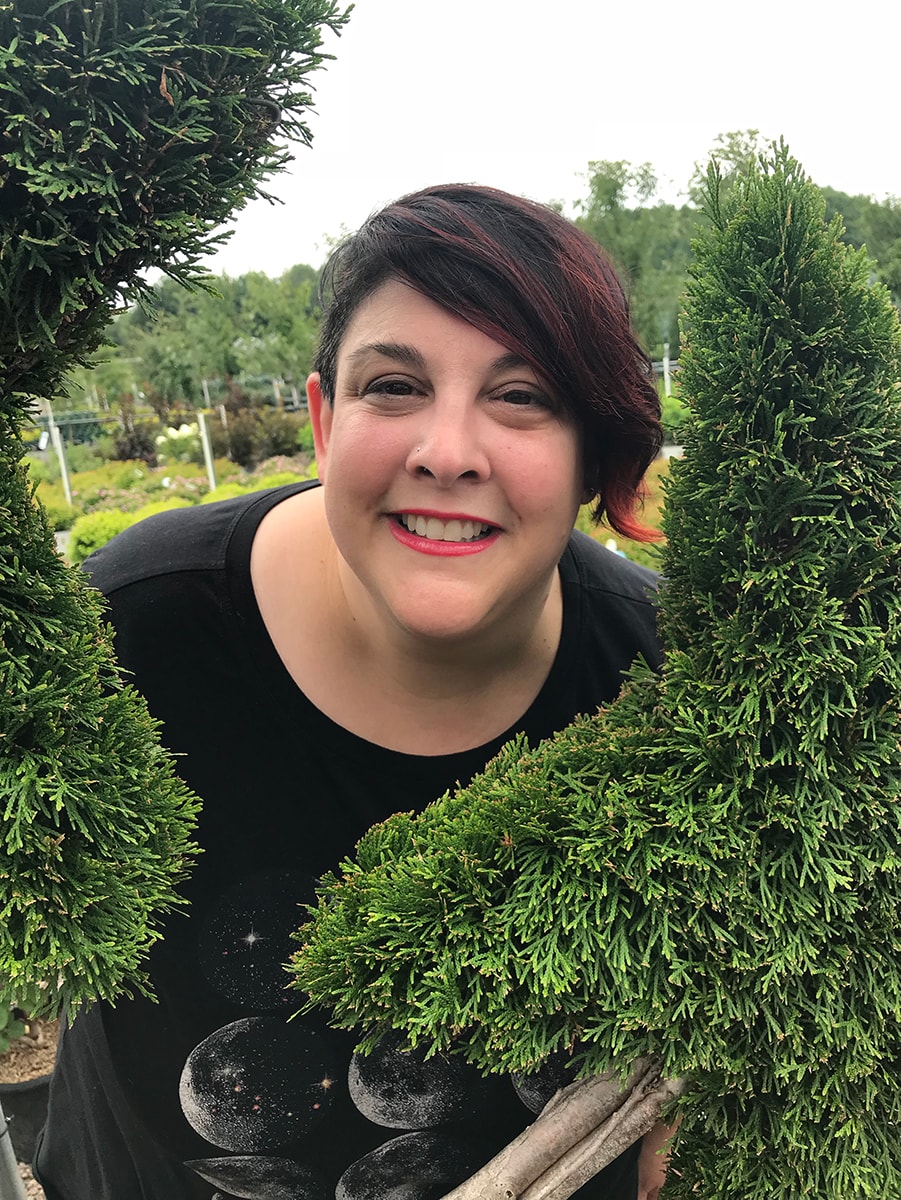 Amy Cataldo is a middle school life science teacher at Edmund Burke School in Washington, D.C. With nearly 20 years of classroom experience, she believes in practical, “show don’t tell” education, and constantly designs and implements lab and classroom activities that allow students to put critical scientific principles in action for themselves.

Cataldo wears many hats at Burke. When she is not making an unholy mess of her lab with her students, she is a grade dean and works with the admissions and development teams, as well as acting as the school health coordinator. As part of her development work, she has obtained multiple grants in support of the school’s burgeoning maker space, which she runs. She has given presentations to educators about practical technology education and the maker movement at multiple conferences, from New England to British Columbia.

Experiment with solubility as you create homemade 3D paint with starch.