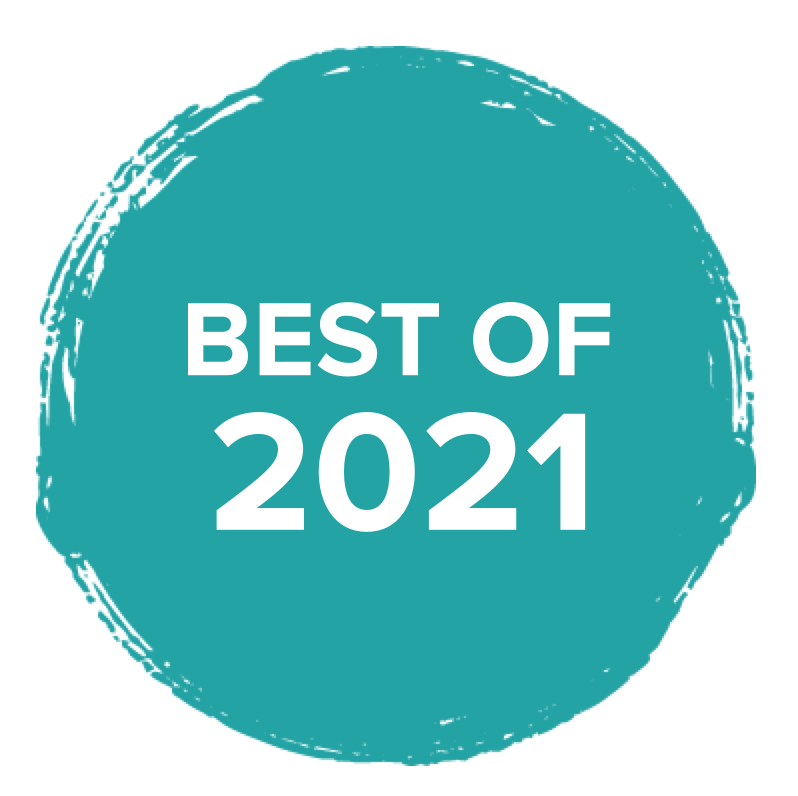 It’s time to say goodbye to 2021, a year that was notably different, yet eerily similar to last one’s. And once again, some of the biggest stories in the world were science-related. As we entered the second year of the pandemic, Science Friday deepened our coverage of COVID-19 and its variants, and fact-checked the news with engaging and experienced scientists. We also covered the deep history of Filipino immigrants and their families’ disproportionate hardship as frontline healthcare workers in the U.S., a Native-led lab taking back control of their own biological samples, and your personal experiences with sea-level rise and climate change.

And we left room for joy and curiosity. We began a new series, the Charismatic Creature Carnival, a celebration of creatures that are overlooked or unfairly maligned by the general public, with lots of colorful input from our audience. Our excellent weekly trivia series continued, led by SciFri trivia master Diana Montano, who came up with the wonderful idea of letting each week’s winner name the plants in our new office. (A couple of personal favorites of mine: “The Ghost of Houseplants Past,” named by Team Sibling Rivals, and “Tickle Me Elmo,” named by Team DaJammin’ Lucks.) We also celebrated our 30th year as a radio show, accompanied by a satisfying retrospective of the stories we’ve covered over the years.

And for the first time since March 2020, we began doing live shows again. It also meant the return of live calls—a crucial part of the radio show. I remember our Slack lighting up with excitement during our first live radio show this past November, hearing the first call we’d received in almost two years (producer Christie Taylor accurately reacted with “I just had a FEELING about a CALLER ON THE AIR.”) It was something we didn’t realized we had missed so badly, and I have a feeling our audience felt the same way.

So, please enjoy this curated collection of our favorite Science Friday creations we made this year, selected by our very own staffers. And if you want to help keep making these kinds of stories and projects possible, we kindly encourage you to leave a gift with us below!

Why Is Daydreaming Difficult For Grownups?

I was a chronic daydreamer as a kid. I spent most of my childhood imagining fantastical worlds. As an adult, and now with my own children, accessing that part of my wandering brain is tough. Turns out I’m not alone—it was fascinating to hear that most adults would rather be electrically shocked than be left alone to daydream! Guests Manoush Zomorodi and Erin Westgate urge us to experience boredom to the fullest, as even adults can unlock fantastical worlds if we put our minds to it! Also, this segment opens with guest host John Dankosky saying, “Oh, hi, this is Science Friday, I’m John Dankosky. Sorry, I was just daydreaming a bit there…” which is just wonderful.

So You Wanna Be A Beekeeper?

After a year of unsettling news, this segment included so many elements of feel-good media for me. We had a joyful chat with beekeeping experts Nicole Lindsey and Timothy Paule Jackson, co-founders of Detroit Hives. The segment featured great questions from the SciFri team and our audience, and featured enthusiastic how-to/DIY advice peppered in with lots of fun beekeeping facts I’d never heard before. I learned so much in less than 27 minutes! I hope one day I get a chance to try beekeeping, and if so, the first thing I’ll do is re-listen to this segment.

Earth Day And The Evolution Of The Environmental Movement

If you’re a lover of history (and science, and perhaps even science history!), I think you’ll enjoy this piece about the history of Earth Day from our series “Rewind,” which uses SciFri’s enormous 30 year-old archive to give context to historical science-related topics, written by former digital producer Lauren J. Young. Lauren, a firm believer in the power of archives, deftly weaves together provocative clips from past SciFri interviews and original reporting to create a rich historical perspective. The amount of ground Lauren covers is vast, but her writing makes the events feel concise and satisfyingly connected. If you’re craving a better grasp of science history, look no further than “Rewind.”

Why Gender-Affirming Healthcare Is ‘Lifesaving Care’

As many bills moved through state legislatures attacking the rights of both transgender adults and youth, general media coverage skipped over the voices of those impacted, while simultaneously leaving out contemporary medical care that is gender-affirming. This half hour discussion started as these discussions should, by featuring listeners who shared what gender-affirming healthcare had meant to them in their own voices. It then moved quickly through a rich detailing of the resources, data, medical practice, and communities that support trans youth, adults, and their families. The experts interviewed were able to speak specifically about the questions that parents have about social and physical gender transition, address common misunderstandings, and most helpfully model what I hope conversations about gender sound like for many families.

I was extraordinarily grateful for the substance and nuance of this discussion, as a parent and educator, because so many of us haven’t been given the information we need to respond knowledgeably and with compassion to young people in our lives when they share with us their gender identity.

What Cherokee Fire Pots Can Teach Us About Thermal Conduction

I’m always in awe of the teaching resources that come out of the Science Friday Educator Collaborative and this year was no exception. Collaborative member Jessica Metz took a Science Friday story about Indigenous ways of knowing and her experience teaching middle schoolers in the Cherokee Nation in North Carolina, and created this amazing physics activity that explores how materials transport energy depending on their composition and shape.

I love this resource not just because it offers a chance for young learners to understand thermal conduction better, but also because the process of exploring is based in stories, observation, and verbally sharing. This is a resource that tries to share the lens of Indigenous approaches to observing the world, as well as the knowledge that comes with seeing through that lens.

The Hot And Cold Past Of The Air Conditioner

Produced by Elah Feder and Shahla Farzan, with sound design by D Peterschmidt
Selected by John Dankosky, Director of News and Radio Projects

This story has everything that I love to listen to: a little bit of (gruesome, at times) history, a compelling narrative that keeps me wanting to hear what’s next, some unexpected science geekery (shooting heat into space!), and a feeling that it’s a story set in a real place. That’s in large part because Shahla Farzan and St. Louis Public Radio really dove in to help us anchor it in their city. It’s got everything from quirky sound design (D’s wonderful A/C “song”) to a serious look at climate justice. Wonderfully written and paced, it’s a joy to listen to, even in the cold of winter.

A Maggot Revolution In Modern Medicine

How to describe the joy of reading about maggots? This piece traces maggots’ role in medicine from World War I through today, and blew my mind at every turn. (According to some studies, maggots help save 40-50% of limbs!!) After reading this piece, I’ll never shudder at the sight of a maggot again—instead, I’ll be a proud defender of these little buddies.

Squirrel-Nut Economics And Other Agility Tricks

Squirrels! This conversation was an absolute delight to listen to, but this exchange between Ira and Lucia Jacobs really spotlights the passion scientists have for their study species.

Ira: Some people who are not squirrel fans have called them rats with bushy tails. I mean, how accurate is that?
Lucia Jacobs: Well, like I said, I could insult humans in various ways, too.

It really doesn’t matter whether you’re anti-squirrel or pro-squirrel because Jacobs will make you absolutely adore squirrels after listening to this conversation.

Vocal Fry: Why I’m Not Getting A Voice Coach

Johanna isn’t the first person in radio to receive complaints that her voice is too creaky, but her response to it has been my favorite to date. Not only is this episode a sassy comeback to a chronic plague for, at least, young cis women who talk on the radio, but it brings the same solid evidence and thoughtful critique as other episodes of Science Diction.

Johanna is, as always, a master of wordplay, calling out the ne’er-critiqued vocal fry of actor Benedict Cumberbatch (“afflicted as he is with the voice of a fancy frog”) and comparing public handwringing over vocal fry to the secret arrow inside the negative space of the FedEx logo: “It had existed in plain sight for years and people just hadn’t really noticed it. But once they did, they realized they hated it.” This episode brought joy to my heart, pep to my step, and taught me a few things about the ever-shifting and highly subjective nature of language. Well done.

2020 has been a remarkable and difficult year. Science Friday staff and listeners reflect on the most inspirational and impactful science stories of the year.

Join us for a roundup of the favorite stories we produced this year, from the complicated sex lives of Venus flytraps to the origin of the five-second rule.